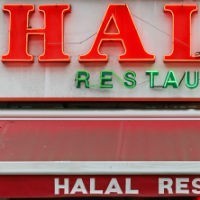 A small business in northern NSW has opened up about why it removed its halal certification during a Four Corners report on the controversial practice.

The report looked into claims made by anti-halal campaigners about where the fees paid by businesses for halal certification go.

The program also looked at halal certification requires in different industries, including the tea industry where it dictates that the tea shouldn’t be cleansed with alcohol.

Madura Tea owner Ron Ford told last night’s ABC investigative program that halal certification for his business’s products, which he had for around four years, was inexpensive, only costing about $1400 a year.

Ford said he estimated the certification cost a tea drinker around 1 cent a year if they drank 400 cups of tea each day for 12 months.

But the report also looked at claims made by anti-halal campaigner Kirralie Smith, who said consumers are being misled by many Australian brands, including Weet-Bix, Kellogg’s, Bega and Cadbury, which she claims fail to disclose halal certification on their products.

Smith told the program even 1 cent from the consumer towards “religious fees” is too much.

Ford told SmartCompany this morning that the point he tried to make on the program is obtaining halal certification is an “insignificant” cost to the consumer, even if some of the money goes towards Muslim programs or activities.

“We saw a commercial opportunity for halal certification as there was an opportunity to sell our teas into some Arabic countries,” Ford says.

“It is just a process to provide certification that the product complies with their rules of production, similar to those required for kosher certification, or any of the other certifications needed to sell food products in Australia.”

But Ford says he did make a decision to remove halal certification in 2010, when he realised it was having “no significant impact on turnover” through additional sales.

While Ford says he recalls there being a bit of social media about it at the time, he says the consumer backlash to Madura Tea’s halal certification was “nothing significant”.

While the investigation found nothing to suggest links between halal certification fees and Islamic fundamentalists, it did reveal some money from certified products was being used to fund Australian Islamic schools and mosques.

A mosque complex in Indonesia is also being partly funded by donations from theIslamic Coordinating Council of Victoria raised from halal certification.

Thank you so much for removing the Halal certififation. I will buy Madura tea again..I have a large family and I will be telling them to buy again also. Kind Regards
Maureen Bartolo

I am pleased you have removed the halal certification. I would rather not give any support to Muslims wherever they are.