Three marketing lessons from the ‘cafe’ promoting $5 spoons of Nutella 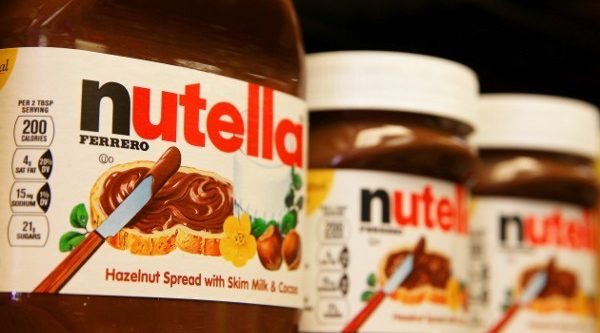 A humble teaspoon of Nutella got Melbourne’s cafe scene in a spin yesterday after reports a local pop-up was planning on offering $5 spoons of the hazelnut treat, but despite the outrage, experts say SMEs have plenty to learn from way desserts now go viral on social media.

Cafe lovers were appalled by the suggestion punters would hand over a five dollar note for a spoonful of “Naughty Nutella” or “Playful PB&J”, but it looks likely this phenomenon won’t actually be coming to the city any time soon.

The post first appeared on Melbourne Cool, a Facebook page that has previously featured suggestions of other hyper-Melbourne fare and was picked up by a number of media outlets, including Yahoo7 and Daily Mail.

However, there’s plenty of speculation that the pop-up store ‘Spoonful of Sugar’ doesn’t exist and the post was satirical. SmartCompany contacted Melbourne Cool but is yet to receive a response.

Despite questions over the veracity of the Nutella spoon promotion, marketing and social media experts tell SmartCompany there’s actually plenty to learn from the fierce interest among customers in the world of food, particularly cafe fare and new inventions that get promoted on social media.

The speed with which so-called ‘hipster’ food products take off online was recently on display when a Melbourne cafe created a latte served in the skin of an avocado, prompting weeks’ worth of enthusiasm and criticism of the ‘avolatte’ across all forms of social media.

Posts about novelty food items take off fast, but if you want to leverage social to drive customers on an hour-by-hour basis, it’s all about getting in the head of hungry punters, says Ahrens.

“KFC has been doing it really well if you watch them, with good integrated Facebook campaigns for food, at certain food times,” she says.

It may sound simple, but pitching your offerings at the exact same time people’s stomachs are starting to rumble can start to build customer habits by driving them to your business on a regular basis, says Ahrens.

One of the benefits of using social media to capture these new customers is that you don’t have to go all out on high production values at first, Ahrens says. Instead, it’s possible to use trial and error to work out which posts bring customers through the door.

“Start small, test and pivot, always — when you have no budget, that’s what you should be doing always anyway,” says Ahrens.

2. Understand the power of sharing

The key reason the idea of a spoonful of Nutella or an avolatte gains traction so quickly online is that food is built so tightly into people’s social interactions, says Catriona Pollard, director of CP Communications and a social media expert.

“For people who are foodies, the natural thing they do is to take a photo of their food and then share it. They feel like they’re a part of a community and there is immense power in that from a brand’s perspective,” she says.

When social media users engage with food products or businesses online, they naturally want to share what they’ve found with other users online, meaning visual representations of food quickly become topics of engagement between multiple users, says Pollard. This means SMEs wanting to pitch their food creations online are best served by finding those “foodie” communities to connect to, Pollard says.

“Any brand who isn’t using groups effectively on Facebook should be. I’m not a foodie, but I would imagine there are so many really connected groups for brands to reach,” she says.

Ahrens agrees, advising SMEs to think about connecting with micro influencers on a local level and using that as a starting point to get the word out about your food business when just starting out.

“It might be worth looking around at what’s happening in Melbourne’s Fitzroy, for example, seeing who is there, and going from there,” she says.

Being aware of the relationship between food and sharing is also critical because when you get it wrong, word moves fast, says Pollard.

“The thing about social media here is that it’s peer-to-peer, so if you feel outraged by something and you share your outrage, it’s likely the people you connect with on social media will also be outraged,” Pollard says.

With that in mind, Pollard says it’s critical to test new ideas for promotions with trusted sources offline first, “especially if they could potentially be high risk”.

The intersection of Australia’s food scene and social media is occurring at a time when the country is hungry for light-hearted stories about invention, says Nicole Reaney, director of InsideOut PR and founder of social media agency #AsSeenOn.

“With current news events, there is an appetite, mind the pun, for light-hearted media stories. Australia is also becoming a foodie-nation, and with the photo platform of Instagram, this passion for the newest and latest is sky-rocketing,” she says.

This makes it a prime time for potentially taking a risk with new food ideas: “Out-of-the-box, controversial and extreme offerings are likely to garner consumer and media attention,” Reaney says.

However, in an age of interconnected foodies, businesses should remember they don’t have to create Michelin-star level imagery in order to connect with potential customers.

“Don’t take yourself too seriously — don’t spend millions on dollars on video or anything,” Ahrens says.

Instead, Ahrens it’s better to market the food you want to sell using the perfectly good tools already on the market, instead of setting up a video studio to film your next big cafe invention.