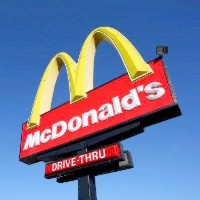 Fast food giant McDonald’s has once again fallen foul of the Advertising Standards Board for marketing unhealthy food to children.

At a recent University of Sunshine Coast Basketball Club competition, McDonald’s gave out vouchers for its signature Happy Meals – which include a cheeseburger, Coke and fries.

According to the Obesity Policy Coalition, which lodged the complaint with the advertising watchdog, children as young as seven years old were given the vouchers as part of a team spirit award.

This is the second time in four months the fast food giant has been slapped on the wrist by the Advertising Standards Board.

In July, the advertising watchdog upheld a complaint by the Obesity Policy Coalition after McDonald’s was found to have handed out vouchers for free fries at a children’s playground in regional Victoria.

The executive manager of the Obesity Policy Coalition, Jane Martin, told SmartCompany marketing fast food to children was irresponsible and cast doubt on whether McDonald’s was seriously committed to the health of Australian children.

“McDonald’s is seriously lacking in team spirit by offering free Happy Meals to children,” she says.

“To promote products that are very high in fat, sugar and salt at junior basketball sends mixed messages and is unfair on Australian children and families. Kids should be able to learn a lifelong enjoyment of sport in an environment free of marketing for junk food.”

Martin says it is particularly concerning this was the second time McDonald’s has been found to have promoted its products to children within a few months.

“They’ve developed their own self-regulation and they’re not sticking to it,” she says.

Martin says poor diet is the leading risk factor for death and disease in Australia.

“This is a huge problem. We really need to be taking these things more seriously, particularly to protect kids.”

In a statement provided to SmartCompany, a spokesperson for McDonald’s Australia said the company was disappointed to learn of this complaint.

“The voucher was not approved according to our responsible marketing to children policy,” says the spokesperson.

“The vouchers were withdrawn by the participating restaurants as soon as McDonald’s was made aware.”

The company also pointed out it was a founding member of the Quick Service Restaurant Industry Initiative for Responsible Advertising and Marketing to Children and takes these matters seriously.