If you’re in business, you think about your competitors all the time, like a crazed stalker. You just can’t help it. They’re a constant spectral presence in your meetings and the chatter at industry gatherings.

What are they up to? What did that thing they said actually mean?

And fair enough. Constant vigilance is all that stops your competitors sneaking in and eating your lunch.

Look closer though. The competitors that get all your attention are the ones you find on the first few pages of industry search results. But they’re not all you should worry about.

There’s a large, invisible competitor right there in front of you, and like Arnold Schwarzenegger’s trouble in the jungle in 1987’s Predator, your regular weaponry won’t take it down.

(This ancient reference is courtesy of me watching it last night with some action CGI-addicted children to see what they would make of its old-school special effects. Remarkably it got a firm thumbs up; I didn’t see that coming.)

What is that competitor? It is customers just deciding to do nothing.

Inertia: the most powerful force in the customer universe.

They are so lazy.

The Michelin brothers get France on the road

Which brings us to my favourite stroke of swashbuckling genius in marketing history: the Michelin Guide.

The story of how it started is one of those interesting trivia tales you can use to liven up business conversations, similar to Google’s original name.*

I have made TV ads for tyres. Tough topic, but not as tough as in 1889, when there were only 3000 cars in all of France, none of which were used for much beyond calling by at other rich people’s houses. Brothers André and Édouard Michelin hit on the idea of a guide to help people visit restaurants around the French countryside, many of them tyre-destroyingly distant.

Until then, the idea of country drives just hadn’t occurred to most people.

The Michelin Guide changed the game. It changed the car industry. The label GT — Gran Turismo — came from cars designed to make those weekend drives around the countryside quicker and comfier.

It gamified the whole restaurant industry, with chefs to this day enduring crushing stress and overwork to retain their Michelin star status.

According to Michelin, a three-star rating means that a restaurant is ‘worth a special journey’, while a two-star rating means it is merely worth a ‘detour’. You can just hear the dismissive industry banter: ‘Hello Francois, how is your charming little detour restaurant going?’

Anyway, hats off to those Michelin brothers for an insight that made their name a global brand. And as if that wasn’t enough, five years later, they came up with one of the all-time wonderful brand symbols. Just look at him. 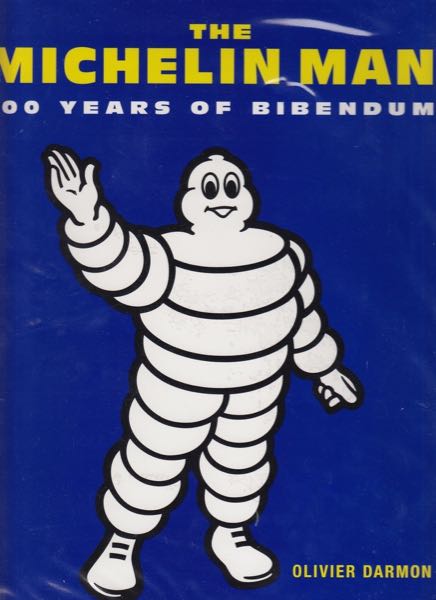 If he doesn’t make you feel just a little bit happier, you have no soul.**

Create your own tradition

Ideas this good get accepted into people’s everyday lives because these strategies don’t feel like marketing.

Like the Guinness Book Of Records. Pre-mobile search, answering questions people argued about in pubs, based on a better understanding of pub drinkers than others had.

While we’re on pubs, the Ploughman’s Lunch remains a classic popular English pub meal, ye olde traditional fare that centuries of hard-working rural folk ate after a hard morning in the fields. Except it was thought up in the 1950s by the British Cheese Bureau (a lovely organisation name that should be in an Aardman Animations film).

These things become tradition and even science in people’s brains. Last week my mum diagnosed her niece’s stomach pains as due to eating no breakfast, because as everyone knows, breakfast is the most important meal of the day.

Who discovered that cornerstone of nutrition science? The World Health Organisation? A team of metabolic research scientists at Yale? No, it was literally made up by copywriters at General Foods’ ad agency in 1944 to encourage people eat Grape-Nuts breakfast cereal.

Widen your idea of what a competitor is

What are people doing if they’re not using your product? What’s stopping them?

Here’s a smaller, not-as-good-as-Michelin example from an old winery client of mine. They had a restaurant, café and cellar door in a region with lots of weekend visitors. With over a hundred competing wineries.

Because they were wine people, they assumed everyone was there for food and wine. So all the usual clichés came up in the meetings. ‘The finest estate-grown wines’. The wine ‘club’. Discount coupons in those hotel lobby brochure racks.

I suggested that given about 40% of the visitors in the area had kids with them, their greatest competitor wasn’t other wineries. It was families in the big resort hotels nearby not going to any wineries. Because children know that wineries are the most boring places on earth.

What normal kid is going to let their parents sit at lunch for an hour and taste wine?

My suggestion was to forget marketing and put in a play area. And more importantly, a Wi-Fi system with enough grunt for bored tweens to escape the horrors of country life.

A hour’s blessed peace with refreshments is the greatest gift you can give those parents. Lunch and a case of wine is a very reasonable price to pay for that.

How do you get these ideas? Question everything. Every industry is locked into a rigid grid of assumptions about what its products do for people.

Mostly based on obsessive love of your own product, and the belief that everyone shares that enthusiasm.

Get out more. Engage with random people. Listen to them. Not just your target market, but humans in general. Maybe there’s a whole new market out there everyone else has missed.

You can solve customers problems nobody else listened hard enough to discover.

As the Michelin brothers might have said: don’t just detour, it’s worth a special journey.

*No joke, Google was originally named BackRub. Imagine the office IT guy saying ‘perhaps I could Backrub that information for you?’ No thank you, I’ll look it up on Altavista or Magellan, and I might also move my desk to another floor of the building.

**Why is the tyre man white? Because tyres were manufactured in white until 1912. Stylish times.

This piece was first published on Motivation for Sceptics.

NOW READ: ‘Sold out in 18 hours’: Why ethical chocolate brand Hey Tiger teamed up with an Insta-famous shiba inu