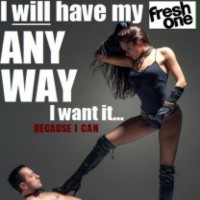 The Advertising Standards Bureau has ruled on the social media posts of a Perth-based coffee company which were previously deemed “sexist” on social media, upholding complaints against six of its 12 ads.

Coffee distributor Fresh One, also known as Fresh Boost, faced a social media uproar and a campaign by activist group Collective Shout in response to ads it posted earlier this year, which appeared to be sexually suggestive and also promoting drug culture.

A number of complaints were made to the ASB, which recently chose to uphold half of those objections, considering each post separately.

One of the complaints against the ads read: “Rather than advertising the product, they are advertising sex, women, women’s bodies, sexual acts and so on. They are treating women as objects, dehumanising them. Glamorising sex acts and drug use is unacceptable.”

Fresh One responded to the complaints, saying it believed the objections were a targeted attack by Collective Shout.

“There seems to be so many more portals that offer expletive-based commentary and naked sexual imagery well beyond the gregarious nature of Fresh’s One’s page,” said Fresh One.

“This would then indicate that the level of negative attention to the page and number of complaints received by the ASB would be the result of a focused attack on Fresh One.”

The complaints the watchdog chose to uphold included those against an image of a syringe next to some coffee beans with text reading, “Get your Fresh One hit today”, and an image of a woman kneeling in front of a man with her hand pressed against his naked torso with the words: “Ain’t nothing like a morning Freshy”.

The watchdog ruled the syringe was contrary to prevailing community standards on health and safety, while the kneeling woman was deemed not appropriate for a Facebook audience.

Branding expert Michelle Gamble, owner of Marketing Angels, told SmartCompany the ASB appears to have dismissed some of the overtly sexual ads, likely because it has to work through specific guidelines when ruling on an ad.

“That confines them to what they can do,” says Gamble.

Gamble says the use of images that sexual objectify women has little power in terms of its messaging and she wonders what effect this form of marketing will have on the brand long term.

“It seems to me what they are doing is just playing a bit of a game to work out what they can get away with and what they can’t,” says Gamble.

“They are alienating such a huge part of their market. I don’t know how much longevity this type of marketing has.”

According to the case report, Fresh One is yet to respond to the ASB’s ruling.

SmartCompany attempted to contact Fresh One but did not receive a response prior to publication.