Nine out of ten Aussie consumers prefer to buy locally made goods: How your small business can use this to its advantage 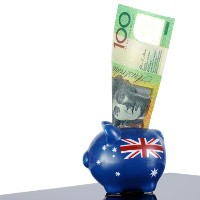 Small businesses that sell locally made products and communicate this well to their customers are in prime position to take advantage of the growing number of shoppers who prefer to buy Australian-made products.

Research released by Roy Morgan this week shows the percentage of Australian consumers aged 14 years and over that are more likely to buy locally made products has increased to close to 90%.

According to the research, in the 12 months to September 2015, 89.2% of consumers in this group said they would be more likely to buy products made in Australia, which compares to 85.6% in 2013.

Products from the United States, the United Kingdom and New Zealand are next in line in terms of local shoppers’ preferences, followed by products made in Germany, Japan and Canada.

Australian consumers’ preference for locally made products has also increased in individual product categories, with food products leading the way.

Similar increases have occurred in other sectors, with increased proportions of shoppers saying they are more likely to buy locally made clothes, electrical goods, sporting goods and wine.

However, the proportion of shoppers who would be more likely to buy motor vehicles that are made in Australia has fallen over the same period, dropping from 53.7% in 2012-13 to 52.9%.

“In fact, it’s the healthiest it’s been for two years, with nine in every 10 Australians saying they’re more likely to buy products made in Australia.”

So how can your business tap into this trend?

Narissa Corrigan, founder of legal and consumer promotions business Ampersand & Ampersand, told SmartCompany this morning for businesses that do sell locally made products, it’s a “really important message to get out”.

“It’s something that consumers do pay significant attention to,” she says.

But in the first instance, Corrigan says it is essential that all businesses are familiar with the sections of Australian Consumer Law that govern country of origin statements.

“In addition to a country of origin statement, you can say extra on top of that but you have to be careful it isn’t misleading in any way.”

Corrigan also points out changes to country of origin food labels are on the way, with a mandatory rollout of the new labels expected this year.

As previously reported by SmartCompany, the new labels will identify whether a food product is made from zero, 25% or more Australian ingredients, as well as whether the produce was grown in Australia. There will also be a separate “Packed in Australia” label available to manufacturers.

Corrigan says small businesses with great, locally made products to sell, should consider using this in their marketing.

“There is nothing stopping them from adding more on top of the country of origin statement,” she says.

“It’s going to attract those consumers who are interested in locally made products.”