“No, we are not child friendly”: Aussie café owner’s comments go viral internationally 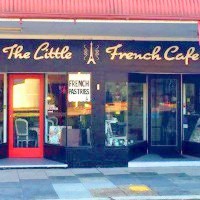 A New South Wales café owner has been forced to defend her business after a Facebook comment she made about the “child friendly” nature of her cafe went viral, attracting worldwide attention.

It is not the first time a café has come under fire for its stance on children. In August, another NSW café became the target of social media outrage after it reportedly asked a customer to leave because she had her son’s pram with her.

Jodie Morris, owner of the Little French Café in the Newcastle suburb of Broadmeadow, faced a barrage of online criticism on Monday after responding on Facebook to a one star review on the café’s business page which read, “Are you child friendly? Because it doesn’t seem like it?”

“OK. A little bit of housekeeping,” responded Morris in a post, which has since been removed.

“’Are we child friendly?’ If you are looking for a cafe with a children’s menu, baby chinos, a play area, lounges for your children to jump on, vast space for your prams, an area for your children to run rampant, and annoy other customers, while you are oblivious to them — then the short answer is No, we are not child friendly. HOWEVER, if you would like to bring your children here and they are happy to sit at a table with you, while you enjoy a coffee, and are well behaved, please come in. Otherwise, there are plenty of places that are specifically designed to entertain your children.”

A flood of complaints from mothers feeling the comment was “an attack on parents” and promising to avoid the café in future then ensued.

The story was picked up by The Newcastle Herald, soon going global with an article appearing on The Independentin the UK.

But the tide of criticism has since turned for Morris, as supporters of her policy jump online to defend her comments.

Morris posted a defence to her comments on Facebook on Wednesday.

“Yes, it comes across harsh according to some, but I’m a straight shooter,” said Morris.

“I built the cafe myself. It has my blood sweat and plenty of tears in it. It is beautifully decorated, old fireplaces, French furniture, and we use fine old china etc.”

She says she has been, “subjected to children emptying salt and pepper shakers into my fireplaces, parents changing nappies on my lounges, kids grinding their own food into my carpet, parents sitting babies in nappies in the middle of dining tables, kids running around the cafe like it’s a formula 1 track, jumping on the furniture, screaming – just for fun – not pain, and encouraged by their parents.”

“And yes, I am a mother. A single mother at that. Instead of being a ‘burden’ on society, I scrimped every last penny and put it into this cafe, and I’m very proud of it. When I have to stand there and watch people disrespect and damage MY belongings and property, it breaks a piece of my heart every time.”

Of the 2500 replies to the post, the majority are overwhelmingly supportive and the café’s Facebook likes have skyrocketed.

“Fantastic, I support u 100%. Will definitely come for coffee next time we are in Newcastle, we were there two days ago,” says one commenter.

“You have handled this very well, from your first comment to now. You deserve the free advertising so roll with it and enjoy the love you are getting from Australia and your loyal customers,” said another.

“By being honest and transparent about the environment in the café, she is probably doing the right thing by her customers.”

Gamble, who says she is also a mother, says it is OK for a business to identify themselves as “not child friendly”.

“There are some places I wouldn’t take my children to, but do I take offence to that or blame the proprietor? No.”

While Gamble says Morris may have been better served to “tone down” the element of sarcasm in her original post, she says the controversy won’t likely cause the café any harm.

“Good marketing is knowing who your best customers are. They may not be a mothers group, but people who enjoy coffee in a nice environment, without the chaos of a café full of children.”

Little French Café was contacted by SmartCompany, but did not respond prior to publication.