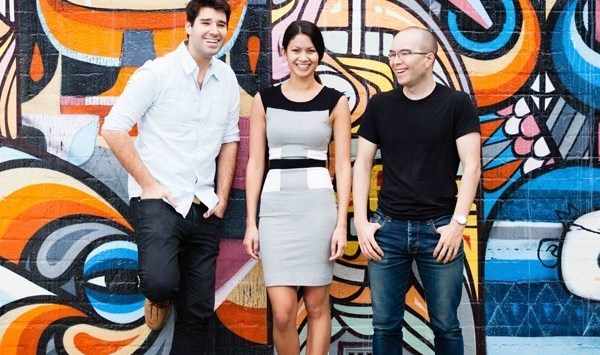 Sydney-based startup Canva has been growing quickly and today its attempt to turn that growth into dollars officially launches.

The graphic design startup has unveiled Canva for Work, a premium subscription version of its do-it -yourself design platform. It allows premium users to centralise brands, colours and logos, save branded templates, automatically resize designs for a social media or campaign collateral, and organise images and assets.

Currently Canva has four million users, almost double the amount it had when it raised $7.7 million in May, and all four million will be given the chance to trial Canva for Work for free for two months.

Over the past few months the startup has been trialling Canva for Work with a number of large organisations including The Huffington Post, TechCrunch, Upworthy and Yelp.

Pricing for the product is based on the number of team members accessing the platform – $10 per month, per user. Canva co-founder Melanie Perkins says the goal is to get Canva for Work in the hands of anyone that needs it.

“Canva for Work has been designed for everyone from a tiny solopreneur to a fortune 500 company. It solves a lot of pain points every company faces,” she says.

Those pain points, Perkins explains, are the result of increasingly large burden being placed on designers, something users quickly made the Canva team aware of shortly after its launch two year ago.

“Resoundingly the feedback was that designers are really, really overstretched.,” Perkins says.

“They’re now getting demands from all ends of the organisation, sales team, the marketing the executive team. Absolutely everyone. And they’re having to do things that aren’t necessarily utilising their core skillset. Making tiny text tweets that are really tedious.

“Canva for Work allows designers to design beautiful templates and it means that everyone is getting to work more efficiently.”