How to get your hashtag to trend 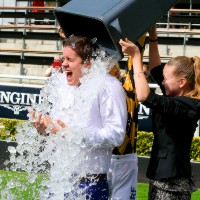 As a social media agency, we hear this phrase more often than we’d like to admit.

“Sure, I’ll just call up the people who are in charge of the viral internet stuff and ask them nicely to put this at the top of their list.”

In the last few weeks we’ve seen one of the most viral hashtags in internet history, the #IceBucketChallenge. It crossed international boundaries and motivated a lot of people to dump water over their heads with varying degrees of success. Did it raise any money for ALS? You bet it did – a serious amount of cash!

So you want your hashtag to go viral…

Firstly, there is no magic formula. Saying that, there are some key points, which if you follow, will give you a much greater chance of that happening.

Did you know that the average person in Australia consumes as much information in one day as a person in the 15th century did in their entire lives?!

My point is: we’ve seen a lot of stuff, a lot of ideas and a lot of advertising campaigns.

If you want your hashtag to go viral, the ideas behind it better be something we haven’t seen before.

In my professional experience, there is a direct correlation between controversy and engagement on social media.

Anything controversial will be more likely to elicit a response. It’s the same as children wanting attention. It either comes from negative or positive behavior. Either way, they’ll get it from you.

What does it mean to be controversial? That’s easy. Take a stand against or for something. Have a strong viewpoint, which is likely to differ from a large proportion of the community.

If you’re a brand or a business, call out a politician for their bad policy. Say you know vaccines don’t cause autism. Exclaim that you think our current generation of children is too mollycoddled.

This one isn’t rocket surgery. People like having fun. People having fun will interact with you more on social media.

Apparently dumping buckets of ice-cold water on our heads is super fun. Who would have thought?

This one is very hard for brands and businesses to agree to.

The amount of share-a-bility any social media content (including hashtags) has, is directly linked to the amount of branding it carries.

The average netizen is pretty savvy to the ways of the marketer. They know when they are being sold to… most of the time.

Take your name off the campaign. Let your idea speak for itself. If your hashtag and the premise behind it is strong enough it will motivate people to find its origin. Let the story play out; don’t scream from the rooftops that you started it!