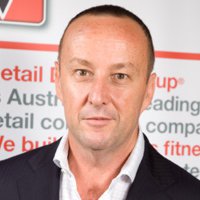 “There is more power in unity than division.” – Emanuel Cleaver

Deloittes have recently produced a new report called Navigating the Digital Divide which offers some great insights into the gap between consumers’ digital behaviours and expectations and retailers’ ability to deliver the desired experiences.

As explored by Deloittes, the common focus for previous studies on digital in the retail marketplace focus on the 6.5% of total sales that occur through digital channels, yet what we liked about this report was that it chose to focus on the 93.5% of sales still taking place in physical stores and the role that digital plays in that number.

Digital influenced $US1.7 trillion of in-store sales last year compared to just $US0.33 trillion only a couple of years ago. With statistics such as this it got me thinking, are Australian retailers restricting themselves from delivering consumers’ desired experiences simply due to not having Wi-Fi in stores?

On a recent study tour in London, we saw that every store along the famous retail strip of Oxford Street not only had complimentary Wi-Fi, but incorporated it seamlessly into the shopping experience. Whether that was through interactive apps and social media call to actions in changing rooms, or simply offering  a sofa area in the store for partners, children and friends to wait and connect to the Wi-Fi while their partner, parent or friend shopped to their hearts content.

Retailers need to stop seeing digital as a separate channel, but more as an addition to exploit current channels. As mentioned by Deloittes, operating separate online and offline businesses is likely to be a waste of valuable time and energy, because for the digitally connected consumer of today there is no offline.

Brian Walker is founder and CEO of retail consulting company, Retail Doctor Group. He specialises in the development and implementation of retail and franchise strategies.