Lessons for your business from seven controversial digital marketing campaigns

A viral digital marketing campaign has the power to reach customers in numbers you’d only ever dreamed of, but the scope for mistakes throughout the process is massive.

Fortunately, if you’re a growing business or startup looking to develop creative ways for creating buzz online, there’s no shortage of controversial examples and stories of mistakes that can act as warning signs before you send your own work live.

Over the past five years we’ve asked advertising and marketing experts to explain how and why so many brands have ended up putting a foot wrong.

From a simple lack of proofreading to a failure to think about the endgame of a campaign, here are seven examples of digital marketing endeavours that didn’t quite go to plan.

The campaign: Earlier this year Burger King US trialled an ad campaign that integrated the use of the Google Home device, asking viewers to call on their Google Home device to ask: “What is the Whopper Burger?”

The controversy: The fast food chain was accused of editing the Wikipedia page of the Whopper burger so that when a user asked their Google Home about the product, it read out a specific passage of text. Google then stopped its device from responding to the requests, while Wikipedia locked the page for editing.

The expert view: Janey Paton, director of Belles and Whistles PR, told SmartCompany earlier this year that as more brands start experimenting with integrating responsive technology into their ads, the nature of digital marketing will change.

“With social media, following and receiving ads from brands is generally opt-in, so you’re choosing to receive information from a brand you’re interested in. Although Burger King is embracing new technology, some users might find that intrusive,” she said. 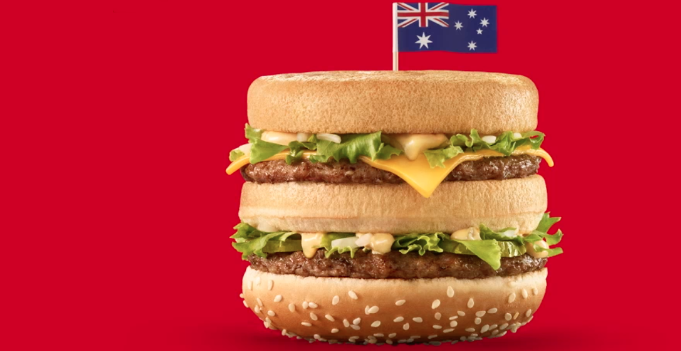 The campaign: In January, McDonald’s Australia tried to get customers involved in Australia Day celebrations by running a social media campaign asking customers to eat a Big Mac upside down and share an image with the hashtag #bigmacdownunder.

The controversy: The campaign gained attention, but not for its popularity. Mumbrella first noted the hashtag had only been shared a handful of times on social media and the campaign only reached 15 digital users overall.

“A typical ‘Big Mac’ consumer is hardly the type to turn their burger upside down, take out their phone, snap a shot and enter a 16 character hashtag on top of their post,” she said.

The campaign: In 2013 Roxy was hit with criticism for a Youtube promotion for the Roxy Pro Biarittz competition that involved a young, scantily clad surfer.

The expert view: Strategic director at marketing firm Taboo, Richard Hack, told SmartCompany at the time it’s critical for brands to think about the audience who would be most likely to engage with their ads, and whether any controversies are likely to offend the actual brand stakeholders.

“One you’ve got an idea of your position, if it’s not where you want to be in the eyes of your audience, change your communications. If it’s appealing to the people who want to purchase your products, then it’s an effective piece of communication,” he said.

The campaign: After Australian woman Schapelle Corby was released from an Indonesian prison in 2014, chicken chain Nando’s posted a message on its Facebook page that read, “Schapelle, now that you’re out, try our delicious Peri-Peri Chicken …”

The controversy: Some called the messaging inconsiderate and insensitive, while other customers posted support for the brand.

The expert view: Marketing Angels director Michelle Gamble said Nando’s was treading a fine line in this case, but the payoff from latching on to these kinds of news topics is potentially generating thousands of dollars in free advertising.

“In terms of getting the brand in front of people and getting exposure it would definitely have achieved that,” she said at the time.

5. Aldi gets unexpected answers to “Fill in the blanks” request, 2016 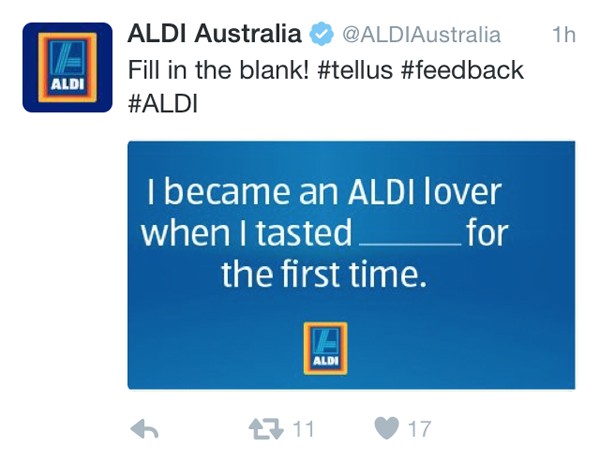 The campaign: In 2016, Aldi asked customers to spread love for the brand on Twitter by asking them to fill in the blank in the sentence “I became an ALDI lover when I tasted ________ for the first time”.

The controversy: People weren’t surprised when Twitter users started engaging with the request using words like “horse”, “diarrhea” and “butts”.

The expert view: Crisis communications expert Nicole Matejic said at the time that a quick survey of opinions on Aldi’s idea here may have prevented it from signing off on the campaign.

“A quick focus group would have told them that your likely respondents will not be G-rated in nature and your feed will be hijacked by tweeps playing hijinks with your blunder,” she said.

The controversy: Spicer had previously expressed a dislike for the Dippin’ Dots brand on Twitter, but the company took matters into its own hands on social media, insisting it would rather be “friends than foes” with the administration.

The expert view: While brands took an opportunity to engage with politicians in this case, other companies should take care when entering the political sphere, says crisis communications expert Nicole Matejic.

“Brands should carefully consider how they engage with governments officially as a strategy — rather than be drafted into the political sphere unwillingly by association,” she told SmartCompany in February.

The campaign: Global makeup retailer Sephora tried to create a trending hashtag as part of its launch into the Australian market in 2014, but things didn’t exactly go to plan.

The expert view: While the lesson here is clearly that businesses should always be spellchecking digital campaigns, it’s unlikely the mistake would have had a long-term impact on brand, said director of Marketing Angels Michelle Gamble told SmartCompany. However, having good systems is the key to avoiding the risk of errors.

“It comes down to planning and having good systems. There should be review and approval procedures, much liked any other form of advertising,” she said at the time.

Nice article. Thank you for sharing! I really like the Dippin’ Dots example. Instead of hating its basher, it reached out. Great move! I also wanna share this with you https://goo.gl/KmmwUr where I’ve learned great tips on how to make effective branding controversies. What do you think about the “Love has no label” ad?