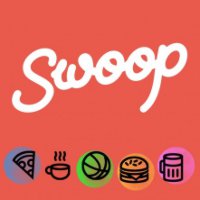 The app, which launches on Tuesday, hopes to give merchants a quicker and easier way to offer deals to customers, avoiding the longer, pricier process it claims are currently offered by other companies.

Co-founder Michael Carr says Swoop differs from similar offerings in that it’s designed to be flexible and easy to use for the merchant.

“Instead of contacting a salesperson and negotiating a discount and having something that qualifies or is a service of high enough value that warrants negotiating the whole thing and then going onto the queue,’’ Carr says.

“We wanted them to be able to go right now, how can we run an offer in the next couple of hours.”

Consumers who download the app will be able to subscribe to merchants they like, then when a deal is offered by those merchants, they’ll be notified.

For merchants, in addition to notifying people who subscribe to the business, it will also notify those users with the app who are within a particular radius of the business.

Carr says the app gives merchants the ability to drive customer demand at times when they really need it.

Currently, 30 merchants are signed up to the service, the Swoop team has spoken to another 170 merchants in the central Melbourne area and have given them point-of-sale packs and walkthroughs on how to use the app in the hopes of getting them signed up.

The Swoop team is focused on getting traction at the moment and for that reason Carr says they aren’t concerned about monetization yet. However, they are hopeful once they prove their worth to merchants that a subscription service offering analytics could be implemented.

It’s targeted at the hospitality sector for now, but Carr says that’s only because the small team doesn’t want to spread themselves too thin and there’s no reason why it couldn’t work for other industries.

Carr and his co-founder Peter Wallace have been working on the concept for two years, but only began development on the app about a year ago.

They’ve received no seed funding and haven’t sought any yet, but Carr says it hasn’t cost a whole lot to get it off the ground because the developers are part of the organisation.