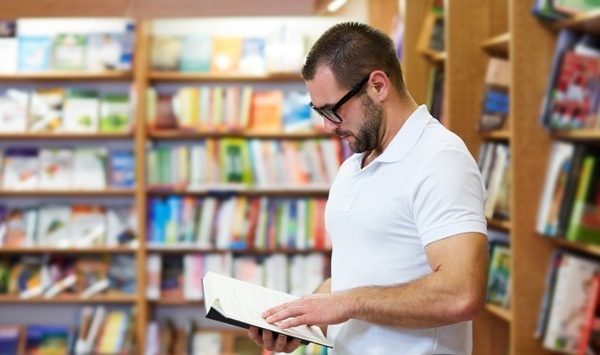 ABC Shops will disappear from Australian shopping centres and precincts, with the Australian Broadcasting Corporation revealing this morning it will close its 50 stores.

The ABC said in a statement its commercial division will review its lease arrangements with landlords and undertake a “phased exit” from its standalone bricks-and-mortar retail stores. Instead, the retailer will focus on its online presence through the ABC Shop Online.

The ABC will also maintain its 78 branded outlets within other retailers, including department stores, Dymocks bookshops and independent retailers.

The move will potentially affect hundreds of ABC employees, with ABC Retail currently employing up to 300 people overall.

“It is no longer possible for the ABC to sustain a large network of leased stores, traditionally reliant on DVD and CD formats,” the retailer said.

“However, ABC DVDs, music, books, toys and merchandise will still be widely available for customers to purchase through ABC Shop Online and other retailers.”

“They’ve made a lot of money over the years [but] they’re not making money now,” Scott said.

“It’s very hard to project them making significant money in the future and we can’t cross-subsidise a retail business by taking money out of broadcasting and investing it to prop up a retail business anymore.”

The ABC has operated its own retail stores for 35 years and Robert Patterson, director of ABC Commercial, said the decision to close the stores “has not been taken lightly”.

“However, this strategy will create a more cost effective, nimble and flexible approach to servicing customers,” he said in the same statement.

“This direction is also in keeping with the shift of ABC audiences to accessing content across an array of digital platforms, while maintaining an appropriate level of physical retail distribution. The ABC is confident that this new strategy will ensure continued audience engagement. Consumers will still be able to purchase much loved content both online and in stores.”

The ABC said it is considering the “impact” of the stores closures and will focus on the welfare of its staff over coming months.

The network of ABC Shops was first slated for closure in 2008, with bookselling chain Dymocks reportedly lined up to take over the 43 stores. However, a spokesperson for the ABC dismissed the rumours at the time, according to Fairfax.

Speaking to SmartCompany this morning, Brian Walker, executive director of the Retail Doctor Group, described the move by the ABC as “a pity”.

But Walker says other retailers should not necessarily be alarmed by the ABC prioritising its online store over its physical retail footprint.

“All international studies, and the work we do at the Retail Doctor Group, show customers spend four or five times more if there is an omnichannel investment, that is physical stores and a website,” Walker says.

And Walker says even though the ABC has committed to maintaining its concession outlets within other retailers, he believes that commitment contradicts the argument that the retailer cannot operate its own stores effectively.

Walker says in his personal view, the ABC does have a charter to “bring culture to the masses” and the closure of the standalone ABC retail stores says more about “the ability of the ABC to retail in an omnichannel way than some archaic argument about offline versus online”.

“The ABC Shops had to bring unique, cultural products that you couldn’t get elsewhere and it was a reflection or extension of the ABC brand,” he says.

“It can’t all be about economic profit. The ABC surely has a charter to bring culture and education and literature to the masses. Without that are we going to end up with MasterChef retail stores?”

Walker says the store closures do highlight the extent to which online retailing has affected the sale of products such as CDs and books, which have been the “mainstay” of the ABC Retail operations.

But he says given other “retail stores have opened and closed since 2000”, the retail sector should not “jump to conclusions” about the ABC’s move and instead try to “understand the details and rationale” behind this particular decision.

“Retailers considering their business mix should not be alarmed by this,” he says.