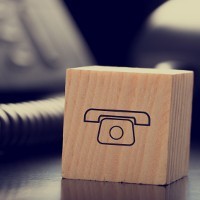 Controversy has surrounded the award of the contract to operate the Do Not Call Register to Salmat Digital.

The Australia Communications and Media Authority announced this week that Salmat will be responsible for operating the service, which allows Australians to reduce the number of unwanted telemarketing calls they receive.

Under the contract, Salmat is responsible for allowing people to add their details to the Do Not Call Register, “washing” lists provided by businesses to remove numbers on the register as well as running the www.donotcall.gov.au website and taking complaints from people who have received unsolicited telemarketing calls for analysis and action by the ACMA.

But the award of the contract to Salmat has been questioned by the Consumer Action Law Centre.

Gerard Brody, chief executive of the centre, told SmartCompany he is concerned the contract has been awarded to Salmat as it has previously opposed the creation of a Do Not Knock Register.

Brody notes Salmat is also connected with Salesforce, which is currently being sued by the Australian Competition and Consumer Commission for door knocking on behalf of energy company Origin.

“A history of non-compliance with consumer protections should raise concerns,” Brody says.

“At the very least, ACMA should disclose publicly why it would give this contract to Salmat and on what basis and what assurances there are, and that it is not compromised in any way by being run by a company directly involved in the industry.”

This is not the first controversy the Do Not Call Register has attracted with the previous company ACMA awarded the contract to, Service Stream Solutions, fined $110,000 for breaching the register itself.

Emma Rossi, spokesperson for ACMA told SmartCompany Salmat Digital was selected as the Do Not Call Register operator following a competitive tender process in line with Commonwealth Procurement Rules.

“The process considered each tenderer’s capability and capacity as well as the technical merit and value for money of its bid,” she says.

“The ACMA is satisfied that appropriate processes are in place to manage any conflicts of interest that may arise.”

Salmat did not respond to SmartCompany’s request for comment prior to publication.