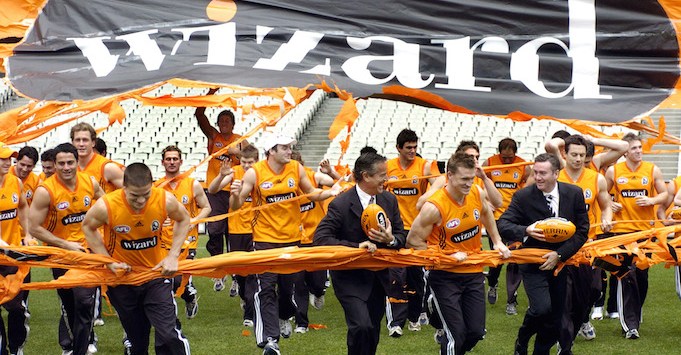 Much to the disappointment of advertisers and ad agencies, many people do not like advertising. Some will do anything to avoid advertisements, and increasingly they have the tools to do so.

Ad-blocking apps have now expanded to podcasting, with apps that enable 15-second skips to avoid spoken ads within podcasts.

But while some people may like the idea of being able to avoid all advertising, advertisers are still finding new ways to get brand names seen by the general public.

It’s all about control

Promotional messages are everywhere. Whether it is a traditional 30-second commercial on free-to-air TV, giant billboards, or brand names being mentioned in an overly positive way, they are all around us.

To some extent we’ve always had a degree of control over what we can see or hear in relation to advertising messages. When watching television or listening to the radio we channel surf, or mentally switch off during commercial breaks. Some choose to watch shows from only non-commercial broadcasters. While driving a car we may pay no attention to roadside billboards.

And not everyone hates advertising enough to actively avoid it. Many opt-in to receive targeted marketing from companies they know. An entire industry is developing around data-based marketing – the key is control.

Having control gives someone the ability to determine how they interact with the marketing message and to influence the presentation and content. But in some media platforms there is a lack of control, which can be frustrating.

YouTube, for example, often runs advertisements before you can watch the video you have clicked. Advertisers wanting to advertise on YouTube can bid for priority listings related to particular video searches. The ads appear when YouTube viewers arrive on particular video pages, and advertisers are charged on a cost-per-click basis.

YouTube has two main types of advertisements: unskippable ads, which are often 15-18 seconds long; and skippable ads, which give you the option of watching the ad for five seconds and choosing whether to skip or watch the ad in full. YouTube will only charge the advertiser if a viewer “engages” with the ad by watching for its duration, or clicking on the ad.

It’s difficult to keep control of your ad viewing if you still have to watch at least five seconds of an ad before you can skip it. And this has led to new ways to skip ads on YouTube.

As customers gain more control of their media environment, advertisers have to go to greater lengths to get their brand name seen, known and remembered. Here’s five other ways advertisers are engaging with those actively trying to avoid traditional advertising.

This is when marketing messages are presented at an event that is sponsored by an unrelated business or even a competitor. The aim is to grab attention away from the official sponsor and be newsworthy. Watch out for this during the Olympics, which is often a target for ambush marketers. Nike took this approach during the London Olympics.

This is a form of out-of-home media that aims to get your attention by placing advertising or brand names in unexpected places or unusual ways. This can be on the street, in the park, on escalators, at train stations and buildings. It’s hard to get away from if it’s on your morning commute.

In the new world of native advertising, paid content “fits seamlessly into the natural experience of any platform“. Content that appears as a story is actually a subtle (or not so subtle) advertisement with clear marketing messages. Native advertising is growing in use by media companies including Fairfax, News Corp, BuzzFeed and The Guardian. This type of content is identified with terms including: “Sponsored Content”, “Sponsored”, “Sponsor Message”, “Promoted by”, “Paid Post”, or “Paid Content”.

This is the paid inclusion of products or brands in movies, television shows, video games, songs and books. The product is portrayed or mentioned in context as part of the story line of the show, usually in a positive way. And it’s popular in original series television on platforms like Netflix that do not carry traditional advertising. For example, there are tech brands galore paying to be in the Netflix drama House of Cards.

Organisations continue to pay to be associated with an event, exhibition, team or person. A sponsorship relationship can mean providing financial support in return for the right to display a brand name, logo or advertising on clothing, in the program, or around the field. Even if you want to get away from advertising in the media, by watching sport, or even going to an art gallery or museum, you can still see logos and advertising messages.

So no matter how much you try to avoid advertising messages, advertisers will still find ways to target you, whether you’re aware of it or not.

David Waller is a senior lecturer in the School of Marketing at the University of Technology Sydney.

Hi David,
Nice article. Well written. Like your way of thinking.
What role do you see branded merchandise in the marketing mix with the ever increasing clutter of the digital space.
People are looking for stories and something tangible to connect with brands.
Is digital the best method for this? Or should we be looking at other methods as well.
Justin