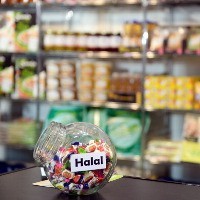 A franchisee from Perth has spoken out about how his restaurant receives “a flood” of online abuse for selling halal beef.

Peter – who wished to only be identified by his first name because he fears the abuse will intensify if online trolls can identify him and his franchise – told SmartCompany his business has copped significant online backlash from anti-halal campaigners. This is despite the restaurant only selling some halal options and not being halal certified.

“It happens every week and it can be quite intense,” Peter says.

“We’ve got a restaurant that provides halal beef and the majority of people don’t know and understand what that is. When these people strike, you’re talking hundreds.”

The restaurant has been operating for two years, and Peter says anti-halal campaigners have targeted the business for the past two months. Comments on the franchise’s Facebook page have ranged from “NEVER support terrorism NEVER” to “You should be serving Australian Meat [sic] with Australian standards not this halal bullshit … Un Australian [sic] in every way”.

However, other Facebook commenters showed their support for the restaurant. One person wrote: “Just cause it’s halal does not mean it supports terrorism and saying these comments shows how ignorant (politically) you are … I loved the food and staff was awesome.”

Peter says he suspects his business is not alone in being targeted and part of him wants to educate anti-halal campaigners on why their views are misinformed.

“But we’ve sought advice that says don’t engage, don’t respond,” he says. “These groups are formed with people that are obviously haters and for their own reasons will pursue companies.”

Peter says when the backlash started the most unnerving thing as a small business operator was not knowing if it would disrupt the restaurant’s cash flow. However, when he checked the commenters’ Facebook profiles, he was relieved to find most of them did not live in Western Australia.

“I’m in Perth, but it could be people in Tasmania that get on the bandwagon and pretend to be a customer and say I won’t eat there anymore,” he says.

Peter points out that major supermarkets and airlines offer halal options, and thinks it is unfair that the smaller players are being targeted simply for making what he sees as a smart business decision.

“We’re in an area that has a decent Muslim population – why shouldn’t they enjoy a restaurant? We are not halal certified… we just sell halal certified products but also pork and other stuff. It’s up to them [the customers] to decide.”

Peter Strong, executive director of the Council of Small Business Australia, told SmartCompany businesses should not be copping “racist or uninformed comments” for simply responding to market demand.

“I am always surprised when a person – a troll – attacks small business people who are trying to make a living and often employ other people,” he says.

“It is a sign of ignorance at best and racism at worst. Business people are often taught that we are the problem and that anything that happens to us is our own fault – this attitude has to change.”