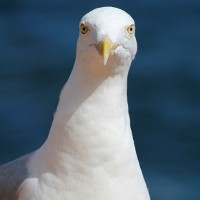 Optical retailer Specsavers has attracted the ire of television viewers who say they were “distressed” by an advertisement they believed promoted animal cruelty.

The television commercial, which aired on both free-to-air and pay TV, featured a beach volleyball player spiking a seagull he had mistaken for a volleyball due to his bad eyesight.

Numerous viewers complained about the ad to the Advertising Standards Board, saying Specsavers was “encouraging animal cruelty”.

“The content of this advertisement can be seen as encouraging animal cruelty among children, and insinuating that it is morally acceptable to needlessly harm a defenceless animal,” said one complainant.

“Each time I see it (and now I can’t even watch it, because it is so disturbing that this sort of thing is meant to be funny), I feel very distressed,” said another.

The ad watchdog received complaints for both the free-to -air and pay TV ads, but dismissed all complaints.

The ad standards board found the commercial was in keeping with Specsavers’ previous campaign featuring people making errors because they are not wearing glasses. They found it had not breached the advertising code.

“In this instance the focus on a man mistaking a bird for a ball is unlikely to be considered to condone or encourage violence against seagulls or any other animal by most members of the community,” said the board.

“The Board considered that the bird does not appear to be harmed by the man’s actions as it shakes itself off and then gets its revenge by pooping on his shoulder,” the board added.

Specsavers today confirmed to SmartCompany that no real seagulls were used in the making of our television commercial, which was produced using 3D digital animation.

“We are by no means advocating violence against animals, the intention of the ad is to create a lighthearted gag around not seeing clearly,” said Liz Attia, Specsavers head of national marketing, in a statement.

“The volleyball player has not been portrayed as being violent against the seagull, but rather has mistaken it for the ball due to his bad eye sight. It was never our intention to offend and we apologise if this has been the case,” said Attia.

Michelle Rovere, director of marketing and public relations agency Belles and Whistles, told SmartCompany brands and creative agencies endeavour to find a balance between attracting the audience’s attention with something new, without crossing any lines.

“Businesses are always trying to find the balance point between finding cut-through and remaining responsible around issues, including animal cruelty,” says Rovere.

“They want a creative concept that people haven’t seen before and is entertaining, but that does not attract comments and feedback from segments of the market which take it the wrong the way.”

“I’d be surprised if Specsavers would ever obviously want to show distressing animal cruelty. I think this was more tongue-in-cheek.”

“Advertising will always get people talking and can’t be all things to all people,” she says.

I have used the spec savers stores forever. some people eg drunks, teenagers little children that would see the seagull been hit would think its okay and funny to hit seagulls because that was what been betrayed by the Add, Taking into consideration the message which was the man not seeing the bird ! and loosing customers through offense i would take it off the TV as soon as possible because the people customers and per tensional customers would just not go to spec savers as i am not anymore i get the last say its cruel and so is the response of specsavers