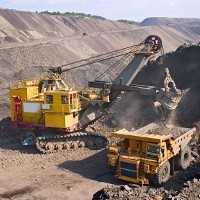 The Minerals Council of Australia has batted away widespread criticism of its latest advertising campaign, telling SmartCompany the Twitter backlash against the “Little Black Rock” campaign was “totally predictable and expected”.

The council, along with Australian Coal Association Low Emission Technology, unveiled the campaign on Sunday, rolling out television, radio, press and online ads using variations of the tagline, “This little black rock can do amazing things.”

Coal powers 71% of all electricity on the grid – http://t.co/i5x3YOY7dd #coal pic.twitter.com/bSkuFQ3Plr

The Council said in a statement on the weekend the aim of the campaign is to highlight the contributions to the economy made by the coal industry.

However, social media users were quick to interpret the campaign in a different light, mocking the ads with the sarcastic hashtag #coalisamazing and lists of what coal is responsible for.

This little black rock is the number 1 cause of climate change. #coalisamazing pic.twitter.com/PcNBN5G3D8

One Twitter user even labelled the campaign the “PR fail of the year”.

But Greg Evans, executive director of coal for the Minerals Council, told SmartCompany in a statement “the response by anti-coal activists on Twitter to the ‘Little Black Rock’ campaign is totally predictable and expected”.

“Of course, organisations like Greenpeace are going to criticise the campaign,” Evans said.

“The aim of the Little Black campaign is to explain the benefits that coal delivers to the public and policy makers, not noisy anti-coal groups.”

Evans said the council has so far been “very pleased” with the response to the campaign.

“It is tremendous to have such strong engagement on social media as this only helps to get the facts on the table about the positive contribution of the coal industry,” Evans said.

“Clearly what concerns activists is how rational and fact-based advertising strongly resonates with the mainstream Australian community.”

But communications and social media expert Catriona Pollard told SmartCompany “the perception that any engagement on social media is good” is misguided.

“Their idea of a successful social media campaign is based on interactions and that’s flawed,” Pollard says.

Pollard says the aim of any social media campaign should be to generate positive brand awareness and the fact that members of the general public have created a hashtag with negative connotations means the Minerals Council has “lost control of the campaign”.

“I think they need to understand that when you are dealing with high public sentiment around an issue, you have to be very careful to use social media in a way that doesn’t heighten or ignite that sentiment,” Pollard says.

“In this case, the interactions have actually reinforced the negative perception [of the coal industry] and now they have a lot more work to do to change perceptions around coal.”

While Pollard says marketers previously had some ability to control a brand’s messaging through traditional advertising channels, this does not translate to social media.

“You can’t expect social media to behave in the same way as paid media,” she says.