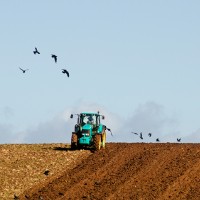 The National Farmers’ Federation is pushing for all Australian agricultural exports to come under the one logo in a bid to streamline marketing and capitalise on Australia’s reputation as a producer of quality food, but vegetable producers say they are yet to be approached about the idea.

The Farmers’ Federation will hold a meeting in Canberra this afternoon with various stakeholders, including industry and government.

A National Farmers’ Federation spokesperson told SmartCompany the purpose of the meeting was to discuss the practicalities of implementing a “True Aussie” logo for Australian products.

The logo, which features a colourful image of Australia, is already being used on some meat exports – however, the plan is to roll out the marketing campaign for all Australian produce sold overseas.

West Australian mining magnate and billionaire Andrew Forrest has backed the push to bring agricultural exports under the one umbrella, telling Fairfax the proposed logo will reduce the need for local producers to compete with one another.

“For too long we have negatively competed and marketed against each other, state against state or company against company,” Forrest said.

“The perception of disaggregation of supply and an innuendo of lack of reliability means that Australia has suffered. If we get this right, Australian agriculture branded products will boom. Let’s work together now and get this right.”

However, Michael Coote, national manager of the export development at AUSVEG, told SmartCompany more detail is needed before vegetable producers will agree to shift away from the existing Australia Made logos.

“In the vegetable industry we have yet to even be approached by this True Aussie logo, so we’ve had very limited input into this process and it’s unclear how it will progress,” Coote says.

“We’re unclear of the IP situation and any costs associated with this logo and also how implementation will occur. We’re currently committed to the world-recognised Australia Made logos and haven’t yet been persuaded by more and more logos that may confuse the messaging – even if the intent of this True Aussie launch is to create a new, united brand.”

Instead, Coote says moves to “reduce messaging” in marketing and get the point across to consumers in more simple ways are welcomed.

“The Australianness of our products is definitely a selling point, but in this particular incidence we still have some questions about how this whole thing is going to work.”

SmartCompany understands more detail about the push to roll-out the True Aussie logo will be revealed this afternoon after the National Farmers’ Federation meets with government.

Meanwhile, the federal government has indicated it is willing to take action on behalf of consumers in the wake of the Hepatitis A outbreak which was linked to frozen berries imported from China.

Earlier this week Agriculture Minister Barnaby Joyce released a survey in a bid to gain feedback on a new food labelling system.

The questionnaire contains six possible labels that could apply to food and beverage labels, making it easier to distinguish between products that have been made in Australia from local or imported ingredients.

“Many consumers and food producers feel strongly about the need for clearer country of origin labelling,” Joyce said in a statement.

“It’s important that people can make informed choices about the food they buy at their local supermarket.”

“We want Australians to have confidence in knowing where their food is coming from. Australians have asked for simpler food labelling and the government has listened; now is the chance for people to have their say on simpler and more logical ways to present the information.”