To run a successful crowdfunding campaign, promote novelty or usefulness but not both 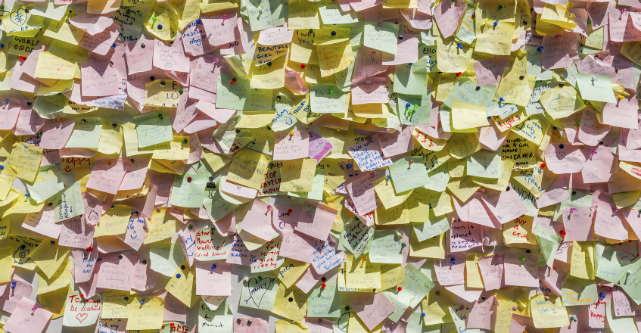 One of the classic stories in the world of innovation concerns Spencer Silver. The 3M chemist invented the adhesive that would eventually be used in Post-it notes, but initially couldn’t identify broad-based applications for it. So the novel adhesive went nowhere for six years until one of his colleagues, Art Fry, realised that it could be used to make bookmarks that wouldn’t fall out of his church hymnal. Thus elegantly marrying novelty and usefulness, the Post-it — a great innovation of the 20th century — was born.

Now, imagine an alternate reality in which Silver and Fry, not working at 3M, would have decided to crowdfund their invention, on a crowdfunding platform such as Kickstarter. On their campaign page, they might have used terms such as unique to describe the novelty of their product, all the while also emphasising its obvious usefulness using words such as practical.

As it turns out, making claims for both novelty and usefulness might have hurt their campaign, according to research led by Anirban Mukherjee, assistant professor of marketing at Singapore Management University; Cathy Yang, assistant professor of marketing at HEC Paris; Ping Xiao, senior lecturer at University of Technology Sydney; and Amitava Chattopadhyay.

In our working paper, “Does the Crowd Support Innovation? Innovation Claims and Success on Kickstarter”, we arrive at the startling conclusion that novelty and usefulness are not viewed as synergistic by the crowd. While crowdfunding pledges are boosted when the project is said to be useful (or alternatively, novel), claiming that it is both reduces the total amount of pledges by 26%.

Our data show that claims of novelty or usefulness, taken separately, do increase the total pledge amount. As a matter of fact, they have a very large initial effect, meaning that even one claim for usefulness (or novelty) greatly boosted the total pledged sum (as compared with projects devoid of either claim). However, it is also important to pick one or the other, not combine them.

We collected a large-scale dataset describing all projects listed on the Kickstarter crowdfunding platform from its launch in April 2009 until February 15, 2017. To focus on the crowd’s appetite for innovation, we eliminated arts-related projects as these tend to be evaluated mostly on the basis of their aesthetic value. We then kept US-based projects in the nine largest remaining Kickstarter categories, such as food, hardware, technology and video games.

The text, image and video description of the final set of 50,310 projects was analysed using state-of-the-art machine-learning tools. The resulting number of occurrences of the word novel and its synonyms served as proxy for novelty claims. Conversely, the sum of occurrences of the word useful and its synonyms became the measure for claimed usefulness.

Our econometric model also took into account seasonality, the growing Kickstarter community, the perceived risk or tentative nature of a project and other potential error variables. No matter how we sliced the data, our findings stayed robust.

Read more: Eight entrepreneurs on the emotional rollercoaster of crowdfunding

Crowdfunding may not be the panacea for innovation

Scholars have theorised that crowdfunding could help democratise innovation, reducing the need for inventors to depend on hard-nosed bankers and other traditional funders. Our results are both surprising and disappointing because novelty and usefulness are both needed for innovation, from a product perspective. (While laymen may think of innovation as newness without consideration for usefulness, extensive economics and management science literature says otherwise.)

Why would crowdfunding users be put off by innovation? There are a few lines of reasoning:

We were surprised by our findings, as prior research has shown that products that are novel and useful typically succeed in the marketplace. However, such research has always been from the consumer’s perspective. Which brings us to the larger lesson here, from a marketing point of view.

While all innovators know their product inside out — and the word product should be read as broadly as possible here — they should never forget that a product cannot succeed until the audience is equally persuaded of its benefits. Too often, creators assume that the novelty and usefulness of their idea will be as salient to their audience as it is to them. But they need to make sure that their target audience sees those for itself, that the message is properly communicated.

It’s all about managing perceptions and mastering the fine art of persuasion. This may seem obvious, but it’s actually a common blind spot. Innovators naturally fall in love with their ideas, but they should never forget that it’s the crowd that decides.

This article was co-written with Anirban Mukherjee, assistant professor of marketing at Singapore Management University; and Dr. Ping Xiao of the University of Technology Sydney.