An ordinary August as retail trade fails to reach expectations 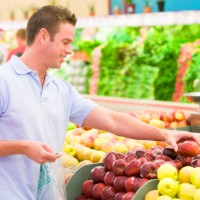 Retail trade increased by a seasonally adjusted 0.1% in August, missing expectations of a solid 0.4% rise. The trend still looks a bit sticky.

Although we got a nice result in July, August was once again fairly ordinary.

We’ll have to wait and see what the September data brings in order to assess the impact on the growth of the economy in Q3 in chain volume measures terms. In particular, care should be taken not to be head faked by retail trade data while forgetting to acknowledge household consumption of services, which is not well captured by this data series.

Sydneysiders would be forgiven for wondering what the fuss is about when it comes to all the talk of a “weak economy”. In Sydney, shoppers have simply been lapping it up thanks to low interest rates and the recognised “wealth effect” associated with rising house prices.

A look at other states shows a less than rosy picture. Retail trade has under-performed badly in South Australia over the past five years. Queensland has enjoyed a somewhat better run, but is now threatening to roll over, while the year-on-year trend in Western Australia is looking a bit flat to say the least.

A look at the quarterly and annual data shows New South Wales miles out in front, but the mining states are now treading water somewhat.

As for where Aussies are spending their money…well, yet more eating out, of course! The value of retail trade has almost doubled in this sector over the past decade…an extraordinary trend.

It does not follow that this is necessarily a great industry to get into to make money, though, since the barriers to entry are relatively low and therefore it is difficult for businesses to build an “economic moat”. The scores of eating establishments in suburbs such as Newtown in Sydney bear ample testimony to that fact.

Listed pizza takeaway companies in Britain have long opined that this trend towards takeaway food and eating out is a generational shift. And they’re absolutely right.

Some of the increase is no doubt attributable to a rise in apartment-dwelling, where inhabitants look to spend more time out of their place of residence than was previously the case. But a big part of it is simply a generational change, which is reflected in the fact that the increases are also seen in regions where unit and apartment dwellers are in the minority.

For all of the seemingly zillions of cookery shows on television, a significant proportion of younger people have very little interest in cooking for themselves.

I can hardly claim to be exempt from the trend myself. Being from a family of five lads I can count the number of times we ate out as kids on the fingers of one hand – one family wedding, perhaps a birthday treat at a pizza house another time…not a lot else!

These days, eating out or going to a cafe is an almost daily occurrence.

Disposable incomes have increased again over the past decade, but – as is the nature of such things – as incomes increase so too does expenditure on what people begin to believe are “necessities”.

Of course we have absolutely zero need to spend more money on dining out than any previous generation. The only thing that has really changed in this regard is an exponential rise in our own laziness and an equivalent increase in our own lifestyle expectations.

Then of course people complain that living costs are “too high” while simultaneously eating out for one meal in every four and in so many cases inevitably spending up to $200 per week on dining and drinking out – that’s more than $10,000 per annum in after-tax dollars spent.

On that sombre note, off out for a coffee…