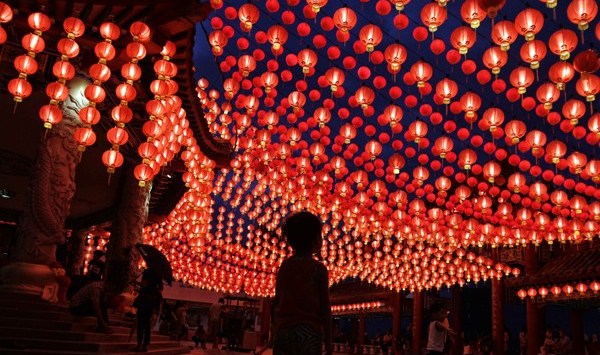 Chinese tourists are expected to spend an estimated $500 million in Australia over the Lunar New Year and Australian SMEs in the tourism, retail and hospitality sectors  are well-placed to reap the benefits.

Speaking to the Australian Financial Review, marketing consultant CT Johnson of Cross Border Management estimates 255,000 tourists will arrive during the celebrations, each spending an average of up to $5800 on food, accommodation and transport with an additional $2200 being outlaid on shopping.

Sydney is boasting this biggest New Year celebration outside of China, with big celebrations also taking part in major cities around Australia.

“It’s extremely important and it’s something that retailers are very aware of and need to be aware of particularly around CBD area but throughout the whole of the country,” he says.

“It’s growing every year it’s becoming more and more important, particularly as the dollar is where it is and the opportunity for people to come to Australia is far more realistic.”

Zimmerman says Australian made products are in high demand from Chinese tourists, including top end items and items such as clothing, footwear and jewellery.

He also says accepting payment methods such as UnionPay credit cards can also give retailers an edge.

Businesses can also get their message out on Chinese social media apps like WeChat, Weibo and Taobao.

“I think that one of the things retailers need to be absolutely certain on is awesome service. Customer service is going to be vital,” Zimmerman says.

“I think its two-fold, it comes down to having really good staff and being able to communicate in mandarin, particularly in high tourist areas.”

Australian tea brand Tea Tonic has been reaping the benefits of the Lunar New Year, boosting sales by taking part in the vibrant Hawker’s Bazaar at the Crown Riverwalk in Melbourne over the weekend.

Tea Tonic founder Lisa Hilbert told SmartCompany the event helps with getting their brand name out there.

“The show was spectacular and colourful, we are so fortunate to celebrate Chinese New Year in the middle of Melbourne and see such a huge crowd,” she says.

“It was successful to our company because more people got know our tea range and how good we can make tea in Melbourne.

The Australia China Business Council, which boasts a membership of 1600 companies around Australia, is hosting events across the country over the next few weeks.

This year the Lunar New Year is Year of the Monkey and is traditionally celebrated for 23 days from January 31 to February 21. Today, February 8, is Chinese New Year’s Day.