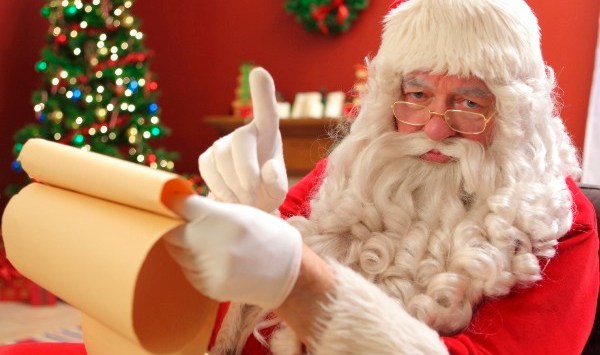 Treasurer Joe Hockey called on shoppers this week to “not let Santa down” and asked them to spend up big at the stores this Christmas. Unfortunately, the latest retail and consumer confidence data indicate his calls are falling on deaf ears.

Westpac’s Consumer Confidence Index shows pessimists outnumber optimists. This has been the case for the last nine months. The index was up 1.9% in November, but still well below its level a year ago.

The last time consumer sentiment was in negative territory prior to Christmas was 2011. Shoppers are more focused on saving and continuing to pay down debt while interest rates remain low.

While Hockey disputed the findings of this survey and instead referred to credit reporting firm Dun and Bradstreet as the “authoritative data on consumer confidence”, it would appear he wasn’t comparing apples with apples. The Westpac-Melbourne Institute Consumer Sentiment Survey reports consumer confidence and Dun and Bradstreet surveys business sentiment. While the two surveys are inevitably entwined, each measures different points of view.

Why is spending and consumer confidence important?

Consumer confidence indicates the optimism shoppers feel about the overall state of the economy and importantly their personal finances. If consumers are confident, they are more likely to spend on household items, buy a new car, even upgrade to a new home. In contrast, if confidence is lower, shoppers will save more, pay down debt and spend less.

In principle, Hockey’s request to spend up big this Christmas makes sense. Manufacturers, banks and governments use consumer confidence indices for planning purposes.

Manufacturers and retailers who anticipate shoppers will spend more will increase their inventories, put on more staff and invest in new projects. Banks will prepare for increased lending activities and credit card use. Builders will plan for a rise in home construction and put on apprentices. Hockey is also hoping for improved tax revenues based on this increased spending.

All of the pleas to spend more assume shoppers will spend here and not via online overseas retailers. If they choose the latter option there will be no net benefit to the Australian economy. The NAB Online Retail Sales Index released this week shows online spending grew by 12% over the past year. However, out of the $16 billion Australian shoppers spent online during this period, over three-quarters of purchases were actually from Australian retailers.

Are Australians likely to take Hockey’s advice and spend?

The Westpac-Melbourne Institute Consumer Sentiment Survey asks shoppers to indicate their projected Christmas spending each November. Alarmingly, 38% of shoppers say they plan to spend less on gifts this Christmas.

This should have alarm bells ringing in retail corporate head offices everywhere. The results also indicate that 50% of shoppers will spend about the same as last year, and only 12% plan to spend more. So where might they be shopping this Christmas?

Retail winners and losers this Christmas

According to the Australian Bureau of Statistics, there will be a split retail market of winners and losers this Christmas.

Australians are buying more alcohol and are eating out more. So cafes, restaurants, fast-food operators and liquor stores will again be big winners this festive season.

Supermarkets remain reasonably strong despite strong price discounting and a deflationary market. Price discounting on key lines this festive period is likely to continue as the supermarkets battle for market share. Loyalty programs will also be changed and relaunched to capture more shopping data this season.

Discretionary spending remains tight and clothing stores are unlikely to see an increase in sales. Newsagencies and book stores are feeling the heat from online channels and downloads. There may be an eReader under the Christmas tree this year but probably not a book or magazine subscription. United Kingdom retailer WH Smith may, however, breathe some life into the sector as the company increases its local presence.

Australians are also spending more on hardware and gardening. Bunnings and Masters will do well, as will consumer electronic goods retailers like Harvey Norman and JB Hi-Fi. However, the Myer and David Jones department stores will struggle as a majority of their sales are tied to footwear and clothing. Shoppers should expect to see the big post-Christmas sales event pulled forward and more discounting throughout December.

While retailers around Australian will applaud Hockey’s pleas for shoppers to spend up big this Christmas, most consumers still appear cautious about handing over their credit cards this season.