Five tricks retailers can use to snap up shoppers this Christmas 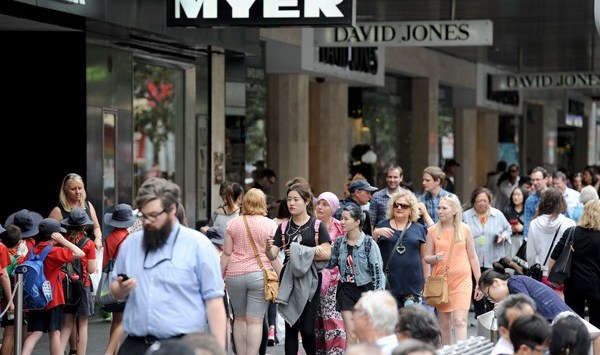 Australian shoppers are predicted to spend nearly A$47 billion this Christmas. But retailers have to work harder and harder to get shoppers to pull out their wallets.

Here are five strategies retailers will be using to get us to part with our hard earned coin.

A ritual is a sequence of behaviours that have meaning beyond their functional role and are repeated in similar contexts. Very much like a football fan that paints their face with team colours, wears the team jersey and frequents their favourite “watering hole” prior to a match, the ritual itself creates value by giving the act or behaviour meaning and symbolism.

Seasonal events, such as Boxing Day Sales, are a good example. Each year, people get up at dawn, catch the first train into the CBD, take-away coffee in hand, wearing their favourite comfortable shoes and sitting patiently, waiting for the department stores’ doors to open.

Similarly, shopping at Christmas time is steeped in tradition that dates back decades – such as viewing the Myer Christmas windows [http://www.theweeklyreview.com.au/live/jennifer-hawkins-unveils-myer-christmas-window/] or Adelaide’s annual John Martins’ Christmas Pageant.

Hollywood has further embedded our secular view that Christmas is a time to shop, not reflect. Movies like Miracle on 34th Street and Elf romanticised shopping at Christmas. Retailers depend greatly on this postmodern interpretation of Christmas and the social mores and rituals associated with Christmas shopping.

Christmas is also a time when retailers claw back a bit of market share from the online shopping juggernaut. Web-rooming, the act of researching online before heading into a store to purchase the product, grew 10% between 2013 to 2014.

While the growth of online shopping has given rise to omni-channel retailers, it has also increased the transparency of price for shoppers and retailers. Retailers know their customers are checking prices first before walking through their doors, so price matching has become an important competitive tactic. Further, it is expected that as we draw closer to December 25 and delivery windows become tighter, more and more shoppers will research first, then head in store.

The experience of crowded shopping malls, carols, gift wrapping, decorations and lights align with our cultural image of Christmas, more than sitting on your sofa and shopping online. Although some may consider the convenience and efficiency of online shopping more attractive this Christmas, advertising campaigns use traditional images to tap into our interpretation of Christmas. Myer is promoting symbolic images of snow and reindeer (even though they aren’t traditional symbols in Australia)- while Woolworths and Aldi are featuring families gathering around the table, eating, drinking and laughing.

The importance of food

No more socks and undies under the Christmas tree this year for dad. Instead think gourmet barbecue marinades, traditional boiled candies, puddings and exquisite fare. The giving of food at Christmas time to friends and family is another long held tradition for retailers like the UK’s Waitrose and John Lewis, copied by Australian retailers such as Target and David Jones. Gourmet, unique, bespoke, localised food offerings, all beautifully packaged, adorn shelves of department stores and supermarkets.

This is a time where our food shopping focuses on exclusive brands and premium quality, not everyday low prices. Supermarkets will team up with internationally renowned celebrity chefs to drive sales and profits.

Starting it earlier every year

It was exactly 115 sleeps before Christmas – 1 September – when Myer and David Jones began clearing retail space and setting up their Christmas departments. While this valuable retail space will potentially generate zero revenue for months, the strategy is more about signalling than selling. With the market crowded with competing retailers all chasing their share of the shopper’s wallet, it is important to be first out the gate.

Shoppers also have a “mental wallet”, a predetermined amount they plan to spend this Christmas. So, stores that showcase gift ideas early allow shoppers to set aside mentally those funds and potentially return and purchase soon after.

Tap ‘n go and don’t think about it

While some may question the value of paying $20 for a photo with a shopping centre Santa, many will simply tap ‘n go it this year, without really thinking about what they are spending. Behavioural economist Richard Thaler explains this as “transaction decoupling”, a phenomenon of vital importance for retailers this Christmas.

Shoppers are more willing to pay for goods when using credit cards, and often purchase more when paying with a debit or credit card than with actual cash.

This separation between when a product is purchased and when it is actually paid for encourages us to shop more and spend more. The access to easy credit, interest free periods and temporary credit card limit increases has now become the norm at Christmas. The decline in lay-by, illustrates our desire to “buy now, pay later”.

Shoppers today want immediate gratification and the thought of having to save and sacrifice all year is no longer an attractive option. A little sad, as traditionally the act of saving and sacrificing was once considered – and promoted – as just as important as the gift: “It’s not the gift, but the thought that counts.”