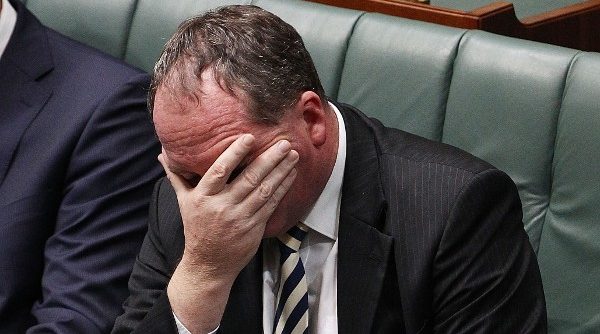 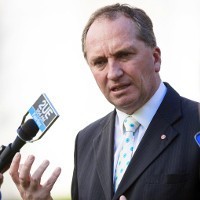 Australian winemaker Jacob’s Creek has been forced to defend its products from social media attacks, after an anti-halal certification Facebook group mistakenly told its supporters the company’s wine is halal-certified.

In November 2014, South Australian dairy manufacturer The Fleurieu Milk and Yoghurt Company decided to drop its halal certification in the face of online criticism.

The growing criticism of halal certification has even prompted Agriculture Minister Barnaby Joyce to speak out on the issue, with Joyce telling reporters this week Australian businesses will suffer if the attacks continue.

However, products containing alcohol are not able to receive halal certification and Jacob’s Creek told its almost 460,000 Facebook fans this on Thursday evening.

“We can confirm that our wines are not suitable for those people following a Halal diet. Therefore we do not have Halal certification displayed on the packaging products.”

Boycott Halal did not respond to SmartCompany’s request for comment on the mix-up, but a screen shot of one of the group’s Facebook posts, published by Business Insider, shows it is blaming another Facebook group for the post.

“Seems that our member who told us that Jacobs Creek [sic] told her that they had halal certification was actually an infiltrator from the SYDNEY ISLAMIC DISCUSSION GROUP and they are purposely trying to confuse us,” said Boycott Halal in Australia.

Marketing expert Michelle Gamble, from Marketing Angels, told SmartCompany the Jacob’s Creek brand is unlikely to suffer in the long term from the incident, which she says will instead likely improve the brand’s awareness in the community.

Gamble also praised Jacob’s Creek for not taking a “defensive” approach to the attacks, instead choosing to inform its customers about halal certification.

She says in many of these cases, the fallout can “work both ways” as a brand’s loyal supporters will also come out to support the company and inform others.

But while Jacob’s Creek may escape harm to its brand, Minister Joyce said on Monday Australian companies, particularly meat producers, as well as consumers, will suffer if pressure to drop halal certification continues.

Without being able to sell beef to Islamic markets, Joyce said local beef producers may “have to triple the cost of beef” in order to keep operating their abattoirs.

“If we didn’t have the halal market for beef that could really affect thousands of meatworkers in Australia because we can sell certain amounts of cuts to certain markets, but other cuts go to Islamic markets and unless it’s halal certified, we can’t sell them and that means the whole processing sector becomes unviable,” Joyce told The Australian.

“In Tamworth, there’s 4000 meatworkers from poultry through to beef through to lamb,” he said.

“You want to be really careful before you start putting all their jobs on the line by saying we’re not going to participate in these range of markets.”

“In the rural sector, we know these are really strong markets for us, big markets, reliable markets, markets that stood the test of time over decades, and we work very well. They don’t ask us to become Islamic, we don’t ask them to become Christians, we trade extremely well and we get along very well and we understand each other very well and we don’t want any unnecessary heat brought into this space because the only people who lose in this will be us.”

SmartCompany contacted Jacob’s Creek but did not receive a response prior to publication.