Laura Ashley up for sale as administration continues: Who are the likely buyers? 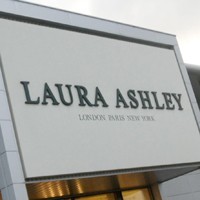 Large department stores and specialist homewares retailers are among the likely suspects to buy or invest in the Australian arm of clothing and home furnishings retailer Laura Ashley, according to one retail expert.

The Australian operations of Laura Ashley collapsed into voluntary administration on January 7, with Ross Blakeley, Quentin Olde and John Park of FTI Consulting appointed to manage the administration.

The administration only applies to Laura Ashley’s Australian operations, which were founded in 1971.

FTI Consulting have now commenced a sale campaign for the business, with an advertisement appearing in today’s edition of the Australian Financial Review.

The stores are operated under a licence agreement from Laura Ashley UK.

Joint administrator Ross Blakeley told SmartCompany FTI Consulting has already received “strong informal interest from a large number of interested parties, which is testament to the strength of the Laura Ashley brand”.

“We’re now calling for formal expressions of interest from parties who can either invest in the business through a recapitalisation or who are looking to purchase the business assets,” Blakeley said.

Who are the likely buyers?

While Brian Walker, chief executive of the Retail Doctor Group, doesn’t believe there is necessarily a “ready-made buyer” standing in the wings to take on the Laura Ashley Australian business.

He told SmartCompany potential buyers for the retailer could come from three categories.

The first is larger department stores, with Walker naming David Jones as one retailer that shares a similar positioning to the Laura Ashley brand.

“I associate Laura Ashley with being a premium brand, based on quite classic tastes… I see someone like David Jones with that positioning, in that space,” he says.

Walker believes there could also be interest among more specialist homewares retailers, which could take on the Laura Ashley brands as a “segmented division” of their existing business either through smaller format stores or concessions.

For Walker, the third category of likely buyers would be operators who are interested only in the acquiring the brand and its supply channel, potentially opting to continue the retailer’s online presence without bricks-and-mortar stores.

But as with any acquisition, Walker says it will come down to the price and risk profile of the business and the “strength of the balance sheet”.

He describes $42 million in annual sales from 38 retail outlets as “quite healthy at a high level” but the retailer’s margins and the make-up of its sales are not known.

“Another topic will be the positioning, the age and profile of customers,” he says.