Learning to sell in the Asian Century 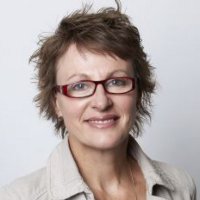 In Australia, we are more reliant upon China for our prosperity than any comparable economy, with China taking more than a quarter of our exports.

We are China’s number one destination for foreign investment and a leading beneficiary of the education aspirations of its growing middle class. Yet many of us remain deeply ambivalent about the world-changing economic transformation of China and underestimate our need to be prepared. That is why the 11th Sales Trend for 2014 is ‘Learning to Sell in the Asian Century’.

After economic growth (over the last 30 years) of 10% plus per year, China is now the world’s second largest economy. Another 20 years of GDP growth – even at lower levels of around 6-7% – will not only deliver an economy four times larger than today, but will also change the global balance in ways difficult to imagine. Yet imagination is exactly what is required. The significance for Australia is not just economic change but also a cultural challenge, for which many Australian companies are ill prepared.

China’s economy has already fuelled Australia’s minerals boom. There is still a relatively low level of GDP per capita in China. The potential consequences for Australia include not only a two-speed economy, but also the risk of a backlash we can’t afford. Sales organisations that have spent the past few years bemoaning their lot and complaining about the difficulties of trying to compete with China, particularly on price, need to start laying the foundations now for what could be a revolution that will empower Australian businesses to share the prosperity from a deeper and broader engagement with China.

But it will have to start with education, because Australians, beyond the mining sector, are poorly prepared and under-skilled to benefit from China’s growth over the next 20 years.

Tourism growth out of China grew by 25 % in 2012 over 2011. China will soon be Australia’s largest source of tourists, as it is already for overseas students. And this is unlikely to be temporary. China’s growing middle class is a game-shifting reality for our service industries. In finance, the largest banks in the world are now Chinese. In manufacturing, China represents some 20% of all wooden/laminated furniture, 23% of kitchens and 19% of glass used in construction. These are all sectors in which Australia used to have a competitive advantage, but we will need to do more than sit back and expect a free ride on China’s gravy train.

The most startling statistic is in language. Australians will need to speak and understand Chinese in far greater numbers. Language will be the key to understanding the complex cultural and political mores of the Asian society. With respect to Australia, while our cultural links with Europe remain and our strategic alliance with the US endures, our economic links long ago switched to Asia. But while iron ore and coal sell themselves, the majority of Australians have had little exposure to the opportunities that beckon in this Asian Century. Some of that is because political leaders, as well as business and universities, have failed in making this a national discussion of critical importance.

The strategic challenge for Australia now is quite unique. China is going to be the world’s largest economy. It has a different political system from other trading partners with whom we have been comfortable in the past.

But we don’t need to fear China, and we can do much to build upon what has, to date, been a mutually profitable relationship.

Indeed, greater two-way knowledge and understanding can only improve the opportunities.

There will be those who want to preserve the existing and the old, but the future in this part of the world must be a mutually beneficial engagement between today’s Australia and a rapidly developing China.

We owe it to the next generation, to provide them with the tools to prosper from the change to come.

Smart companies are recognising the need to develop deeper engagement with their Chinese counterparts – in universities, industries and governments. This will mean that more Australian salespeople will need to study, travel, live, and work in China and speak Chinese. If they don’t, their organisations are going to find it harder and harder to grow, and almost impossible to compete with the rushing Asian avalanche.

Remember, everybody lives by selling something.

Sue Barrett is founder and CEO of www.barrett.com.au and www.salesessentials.com and has written 21 e-books and 500+ articles on the world of 21st century selling.