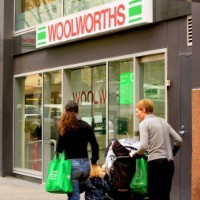 Loss-making home improvement giant Masters will soon be wound up after Woolworths made the decision to buy out its joint venture partner Lowe’s Companies.

In an announcement to the sharemarket this morning, Woolworths chairman Gordon Cairns said his company had decided to purchase all of Lowe’s shares in Hydrox Holdings, the company behind Masters Home Improvement.

After the buy-out, Woolworths will look at selling Masters or winding up the business.

“Our recent review of operating performance indicates it will take many years for Masters to become profitable,” Cairns said in a statement.

“We have determined we cannot continue to sustain ongoing losses from this business. This important decision allows Woolworths to focus its energy and resources on strengthening and executing its plans in our other businesses.”

The process will take more than two months, with Masters continuing to trade during this time.

The home improvement business has lost around $600 million in the past four years, according to Fairfax.

Masters was launched in 2010, with Woolworths predicting at the time the joint venture would be profitable by 2015.

Retail expert and founder of the Retail Doctor Group, Brian Walker, told SmartCompany the hardware and home-improvement sector appears to be a tough industry to crack.

“Bunnings enjoy that 20% market share and Masters were enjoying about 2%, so it’s a fairly fragmented sector,” Walker says.

“Woolworths were hoping to mop that up out of the Masters experiment. The question now is, could another competitor open up to compete against Bunnings because Masters under the Woolworths stewardship was not expertly managed? It remains to be seen.”

The number of independent hardware stores in Australia has declined significantly over the past few years thanks to intensified competition from the likes of Masters and the Wesfarmers-owned Bunnings.

However, IBISWorld senior industry analyst Spencer Little previously told SmartCompany smaller players are able to survive if they are in the right location and are “nimble” in terms of specialising in a particular area.