Pampered pets fuel Christmas business opportunities, but the message is not all upbeat 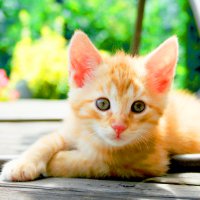 It’s no secret that Australians love to spoil their pets. More than half of Australian households own a pet, and research suggests we are spending more money on them than ever before.

These days a cheap cut of meat and a doormat for the dog simply won’t do. Walk into any pet store and you’ll find expensive kennels and food fit for a human. And with Christmas just around the corner, Australians are expected to spend big bucks on man’s best friend. According to the Australian Veterinary Association’s Family Pooch Index, 50% of pet owners buy their dogs gifts for special occasions.

However, while people are in love with their pooches, the industry is not immune from the recently tough trade in the retail sector. IBISWorld estimates that in the next five years, revenue for pet retail is expected to decline at an annual rate of 0.5%.

Part of the reason why the pet industry is doing it tough is because of the shrinking pet population. Increased urbanisation has deterred people from buying cats and dogs as people move into apartments or properties with very small backyards. Many Australians are also working longer hours and feel they cannot own a pet because they don’t have the time to look after it properly.

Online retail competition has also played a role, with consumers preferring the flexibility of buying online because it suits their busy lifestyles. Pet owners may also find products that are significantly cheaper online than in a bricks-and-mortar store.

Pre-Christmas spending, which is normally a good time for pet retailers, is expected to be “very flat” this year, according to Jason Balchand from Online Pet Accessories.

“You read in the newspapers that online is booming,” he says. “But you can’t compete with overseas stores.”

Balchand says he is embracing old-fashioned marketing methods like letterbox advertising, and found it to be quite effective.

“Everybody is doing the more up-to-date methods like Google AdWords and they lose their effectiveness,” Balchand says. “We have also seen a major shift in budget ranges. People have a very tiny budget and anywhere they can save money, they can. They walk into the store and ask, ‘What’s the cheapest item?’”

Specialist pet retailers are struggling to differentiate themselves in a difficult retail climate. As reported on SmartCompany, retailer Petbarn is planning to merge with Greencross Vets in order to gain a greater market share and capitalise on the ‘humanisation’ of animals.

Once merged, the group will be one of Australia’s biggest pet care companies, with 224 stores and clinics in both Australia and New Zealand.

Speaking to Yolanda Redrup, Jeff David, the founder of Petbarn, said the ‘humanisation’ of pets will continue to drive growth.

While the changes to the way we treat our pets has provided both challenges and opportunities for the retail sector, it has also meant other pet-related industries have been able to spring up. Melbourne-based photographer Anna Clemann is just one business owner who is reaping the rewards.

Clemann started Creature Focus Photography nine years ago while working full-time. Back then, she never would have thought she would shift into taking animal portraits for a living. But in 2009 she quit her day job and is now doing exactly that.

Clemann suspects her business’s success is due to more people starting to treat their pets as part of the family rather than just furry companions. In fact, the photos she takes are often very similar to wedding and family portraits.

“People are definitely spending more on their pets,” she says. “In the pet industry you can see it in outfits for dogs, grooming and premium food. What I found is that there are a lot more people who don’t have children and so they spend their money on pets.”

Therefore it is no surprise to Clemann that there are more people entering the pet photography industry over the last two to three years.

“Five years ago when I told people what I did their reaction was like, ‘What? You photograph pets?’ But now they say it’s really cool and they’ve thought about getting it done [for their pets].”

It seems while Australians might not be buying or adopting as many pets as before, they are open to pampering the animals they do have. For business owners like Clemann and David, this presents great opportunities despite a tough road ahead in the retail sector.