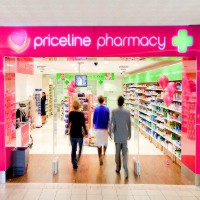 Priceline was awarded the top retailer award at the eftpos ARA Australian Retail Awards this morning.

The awards were held in Melbourne with SmartCompany as a media partner.

“The customer being at the centre of how we do and what we think is at the core,” Roche says.

Roger Gillespie, co-founder of Bakers Delight and president of the ARA, introduced the awards.

He told the audience many retailers are going through “a bit of a bumpy ride” but he was positive about the future for retail.

“Tough times don’t last tough people do. The retail sector is one of those tough groups of people,” he says.

Other winners at the breakfast event were Saltwater Wine which won retail store upgrade of the year and independent retailer of the year.

He says the secrets behind Specsavers’ success are its ownership principles, supply chain and marketing.

“We work out what the competition don’t want us to do and then we do it. That is what keeps you on the front foot.”