Scents into dollars: How to use a consumer’s sense of smell to boost sales 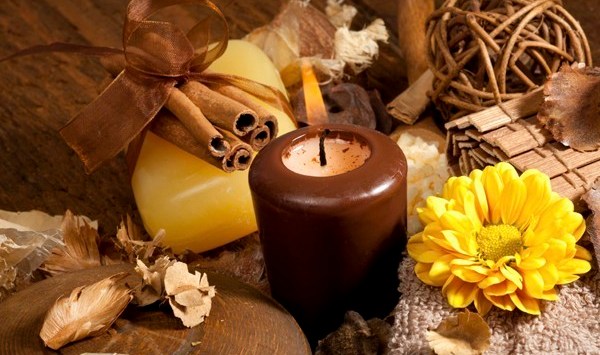 Are you asking how to get customers to dip into their wallets and spend big at your store?

The answer could lie in our sense of smell, according to scented branding expert Samantha Taylor.

Taylor started her business The Powder Room in Melbourne in 2009, and works with brands to design a signature scent and pump it into their retail stores to boost sales.

She says Australian businesses pay much attention to lighting and music, but often ignore how an environment smells.

“There’s science to back it up,” Taylor says.

“Our sense of smell is our most primal of all our senses – it has the ability to literally hotwire straight into the brain. When you touch something or see something it goes through a different centre before it goes to the brain. From a retail perspective, it’s [sense of smell] such an untapped market.”

Taylor says the average person takes more than 20,000 breaths a day and every breath has the opportunity to provoke a strong emotion or memory.

“Seventy-five per cent of our emotions are elicited by smell,” she says.

“But it’s an area that not a lot of retailers tap into – they’re good with layout, lighting and music.”

“Nike did a study where they had two rooms next to one another with exactly the same layout; one was scented and one was not scented. In the room that was scented, 84% of people were more likely to purchases shoes and said they would pay 10-15% more for the same product.”

Taylor says despite scent branding being around for a long time and very popular in Asia – particularly in hotels – Australian businesses have been slow on the uptake.

“I can make a fragrance with my perfumer here in Australia from around about $500 which is five kilograms of fragrance that will last you between a year, a year and a half.

“You could be looking at a couple of hundreds of dollars a month – it depends on the size and the strength. But if you’ve got a small retail store here in Melbourne or a small hotel, it’s really not that hard at all.”

In an age of digital upheaval, Taylor points out retailers need to do everything they can in order to make the bricks-and-mortar experience as welcoming as possible.

And for those with a tiny store and a very tight budget, a simple candle or oil infuser will do.

“Everything is all about now, retail stores have a challenge ahead of them,” Taylor says.

“In the world we live in now everyone’s time poor – they do want to shop online. So bricks-and-mortar stores have to spend all they can to get those customers back.”

“What scent will do, and especially if that store backs it up with great customer experience, is the customer will come back because they know what they’re looking for and they know they will be looked after.”

Here’s Taylor’s tips for what scents are effective in different business settings.

Taylor says citrus is a perfect scent for small retailers because it energises people, which encourages them to spend more, but also makes them feel fresh and relaxed.

Studies in the US have shown citrus to almost double the amount a customer spends in a store, she says.

Leather is also a good scent for people selling furniture, and of course, that new car smell for car dealerships.

“The smell of baking bread is a great way to make people hungry,” Taylor says.

A freshly-baked bread smell is perfect for food courts but, of course, local bakeries don’t have to work too hard on this one.”

Taylor says hotels should aim for a clean, fresh and homely scent that isn’t too overpowering. This will encourage people to feel like they can relax.

“Floral is the most popular scent for hotels and it’s generally a really soft floral that’s not overtly feminine,” Taylor says.

Peppermint is a great scent for keeping people alert and has been shown to reduce simple mistakes, according to Taylor.

“Also, in an office around lunchtime often the smell of everyone’s food can be very overpowering,” she says.

“There’s a molecule you can inject into a scent that acts like a little Pac Man that eats up the smells of other people’s foods.”