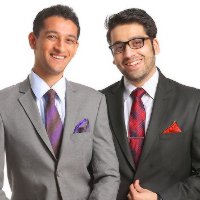 Sydney startup Buttons ‘n’ Threads is launching an Indiegogo campaign this Thursday as it looks to shift its focus away from custom suits and onto fine custom shirts.

Co-founder Yashas Alur says the company has decided to shift its focus because it believes it can offer a product which differentiates itself from others offered on the highly competitive online clothing market.

Last year, Everlane raised money for an expansion into Canada through a crowdfunding campaign, not only to raise capital but also to gauge interest.

“It’s the same principle, we want to estimate the demand and see what the reaction is,’’ Alur says.

“We’ll be launching our shirts for pre-order on Indiegogo and also having early bird prices for a limited number of shirts.

“Our production capacity isn’t that much so we can’t do too many shirts a month. The campaign goes for about 45 days, which will give us a rough idea how much we can accept after that.”

The company isn’t ready to seek investment and Alur says the crowdfunding effort suits that fact.

“We’re at a stage where we do want to raise funding, but not too soon. We want to be able to show investors that we’ve had traction and we’ve got good numbers,” Alur says.

Alur and co-founder Sanchit Baweja launched Buttons ‘n’ Threads not long after graduating from the Australian National University with the intent of offering high quality suits at an affordable price.

It was only two or three months into operation when the duo realised it was in their ability to produce high quality shirts that set Buttons ‘n’ Threads apart.

“I guess the idea was there, but there were so many startups doing the same thing,’’ Alur says of the suit market.

“It’s hard to get people to buy something very expensive. When we started off we knew we were lacking a product, although we had accessories, the other companies had shirts, and customers could buy the custom shirts for $80 and try it out in terms of the fit and things like that.

“We just saw we had a better product and wanted to focus on that direction.”