The future of luxury and premium retail: It’s a sparkly outlook 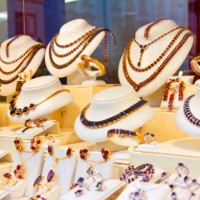 Flashy cars, gleaming diamonds and expensive handbags – throughout the global financial crisis and subsequent years these products have continued to trade well above industry trends. The luxury and premium retail markets in Australia have been growing at a blistering pace, despite generally tough retail trade conditions over the past few years.

The luxury retailing market has grown at a rate of 11.1% a year for the past five years, with IBISWorld predicting an annual growth rate of 9.2% for the next five years.

While the luxury sector still only accounts for a small percentage of total retail spend, the market is dominated by three major players: Louis Vuitton Australia, Prada Australia and Tiffany & Co. Australia.

Tiffany & Co Australia chief executive Glen Schlehuber – who will be speaking at luxury retail conference, the deLux14 Forum, next month – told SmartCompany that Australians have spent more on luxury goods in the past few years because of the strong Aussie dollar.

“Australians have always been very well travelled, but given the strength of the Australian dollar over the last few years, this has made international travel even more accessible,” he says.

“Australians are being exposed to luxury brands overseas and are now more willing to purchase these goods at home more than ever before.”

“We are seeing many Australians purchasing investment pieces from us. They see Tiffany & Co. jewellery as enduring objects of extraordinary beauty that will be cherished for generations – which makes for a good investment given our strict sourcing requirements, vertical integration and the finest craftsmanship in the world.”

According to IBISWorld, luxury brands in Australia have also seen a significant boost from the rising numbers of inbound Asian tourists who are willing to spend big on items like watches and jewellery.

“In 2013-14 alone, industry revenue is anticipated to grow 15.9% as burgeoning tourists from China and the rest of Asia provide ample growth for retailers,” IBISWorld’s Luxury Retailing in Australia report says.

“Tourists are a significant market for luxury retailers, especially in populous capital cities such as Melbourne and Sydney. This is especially the case with Asian tourists, who often do not have a large collective of luxury retailers in their home country.”

Schlehuber says even luxury brands need to have an online offering, in part to give people living outside of capital cities access to the products.

“Online retail is imperative for businesses today. We were one of the leaders in the Australian retail industry when we launched our online store here in Australia back in 2008,” Schlehuber says.

Designer flagship stores have been insulated against the global financial crisis, as their emphasis on customer service, exclusive shopping nights, VIP events and elaborate stores have set them apart from cheaper retail competitors.

But it’s not just designer fashion brands which have performed well.

“In Australia the total market is about 1.1 million cars, which has remained steady for the past few years, but the premium market has been consistently growing by 10-15%,” he says.

Doyle says this is predominantly because Audi and its competitors have been launching new models and attracting different market segments.

“In our SUV range we have the Q7, Q5 and the Q3 and we’ve also brought an A3 Sudan into the marketplace, so there are more opportunities to purchase Audis at even better prices,” he says.

OrotonGroup chief executive Mark Newman – who is also speaking at the deLux14 Forum – told SmartCompany luxury and premium brands have remained successful because of a “sprint to the extremities”.

“There are a number of reasons, including the ‘sprint to the extremities’, where consumers polarise to either the high or low end in a tough market,” he says.

The OrotonGroup has had to reduce prices in the past 12 months. Newman says this was a “realignment” in the company’s prices with international competitors, but he expects prices to increase this year.

Like Audi, OrotonGroup has expanded its product range to cover more price points. Newman says he expects the average selling price on its handbag range to increase for the spring-summer 2014 season.