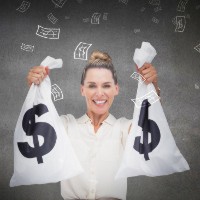 By now it should be overwhelmingly clear – the government has no interest in housing affordability and they will not take any measure to lower land values. If the budget didn’t paint the picture, no doubt the forthcoming Senate inquiry into housing will.

‘The age of entitlement’ is not over – it has been protected at the expense of ‘the age of opportunity’.

The current administration has surgically set about reducing living standards of the poor, making cuts to heath, education, and employing harsh means testing measures which will fall most heavily on the old, young, unemployed  and a broad sector of low to middle income families with dependant children.

They have done this to studiously protect the interests of the wealthy, refusing to lay a finger on the licensed resource monopolies, the mineral wealth of which increased more than $55 billion in 2012-13 alone.

Clawing back just a fraction of the tax exemptions granted on capital gains, or placing a levy per ton of exported minerals, would not only have gone a long way to covering the budget short fall, but would also have lifted the burden from the poorest onto the richest.  But in a political system where major parties sell themselves to the highest bidder (which as current ICAC investigations suggest happen to be property developers and large land holders), their failure to do so should come as no surprise.

It walks hand-in-hand with the diabolical decision by “Australia’s premier real estate industry education and training provider”, AREC, to employ an ex convict who defrauded clients out of more than $200 million to educate real estate agents at the biggest industry training event of the year.  Despite protests from various participants, the event has sold out and clearly not prickled the conscience of the other speakers who are happy to stand alongside ‘The Wolf of Wall Street’, Jordan Belfort.

The above measures, along with Tony Abbott’s desire to be knighted the ‘infrastructure Prime Minister’ will drive investment into housing – albeit, of the speculative kind.

Infrastructure intensifies the use and demand for residential land as the population grows and no doubt, we need more of it. However, it also has the effect of rising land values, which taken alone, should be a ‘good’ thing for our country (or at least it would be, if those gains truly benefitted the community).

Instead those gains will be pocketed, leaving the government to scrape future funding from elsewhere.