Top salespeople: Are they born or made? 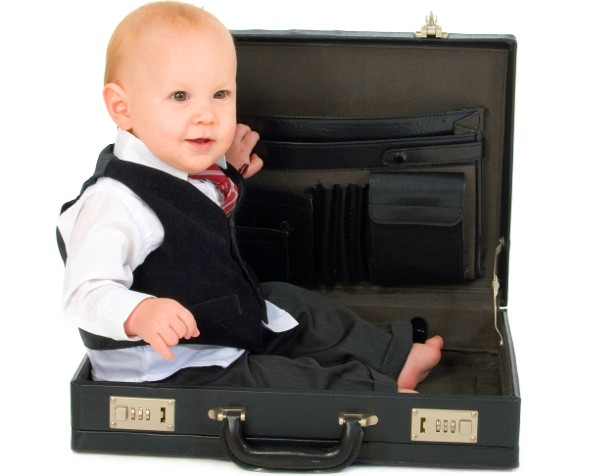 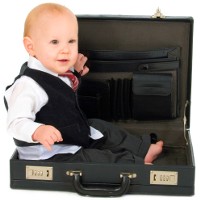 Angus Patterson is a qualified chartered accountant, has an MBA, began his career at PricewaterhouseCoopers and later Ernst & Young, before moving into senior executive roles in the banking sector.

Very little in this career snapshot says “sales”, yet if there is such a thing as a professional salesperson, Patterson is it. He is also a good advertisement for career synchronicity. During the 1990s it dawned on the big accounting firms and the banks that to grow they needed to be a lot better at selling – and in particular cross-selling. Enter Patterson, the new breed of salesperson: professional background, natural born seller.

Read more: What is good selling?

Patterson would seem to be a logical person to answer the question: are gun salespeople born or made? “No doubt about it,” he says. “Born.”

“They instinctively possess the drive to sell. They get up every morning and they’re ready to go. They have no fear, they’re natural communicators, they have an innate ability to get along with people,” Patterson says.

But there’s a caveat. Skills have to be developed and finessed, particularly in rapidly changing markets.

During his career Patterson has managed and recruited hundreds of salespeople. These days he runs online skills training company SalesDNA with business partner David Dowe, who has held sales management and sales training positions with Bankwest, Commonwealth Bank and RAMS Home Loans.

While it is true that some people are natural born salespeople, Patterson says there will be times when this does not translate as a positive.

“If I reflect on the salespeople I’ve worked with, the best ones have always been open to learning and taking their skills further.”

Patterson says the modern sales manager – or “sales leader”, as he prefers – needs to be attuned to the need to develop and mentor sales staff.

“The role of the traditional sales leader used to be to keep track of how many calls were made, how many visits to prospects were made, basically keeping tabs on everyone,” he says.

“Today’s sales leader is a mentor and a coach. Sales leadership is about empowering your sales team.”

The “dynamics” of selling, according to Patterson, have changed. It’s not enough for a salesperson to simply describe a product or service to a prospect. Potential customers are more knowledgeable of what’s available in the marketplace and are likely to have that information well before they sit down with a salesperson.

“Sales is no longer simply selling a product. It’s about selling solutions: what are the customer’s problems and how can you solve them? Once you understand that dynamic it changes the way you look at your product and how it relates to the client. A salesperson still has to persuade, but it’s more about the ability to influence the customer.”

“Irrespective of your innate abilities these are skills that can be taught and honed,” he says.

‘You’ve got to take ownership of your own development’

Shane Fretwell, vice-president of Sunshine Coast, Queensland-based Springfree Trampoline, was a qualified chef before he embarked on his first sales job in 1994. As sales jobs go, they don’t come much tougher: selling insurance door to door. Adding to the challenge was the fact that Fretwell struggled through school and his apprenticeship as an introvert.

“I was 24, I had a mortgage to pay, and it was a commission-only job. I was determined to succeed, and I surprised everyone,” he recalls.

The following year, he walked into a Mercedes dealership. As he admired one of the cars on display he was told flatly by a salesman that he couldn’t afford the car.

“I went to the dealership next door and bought a BMW. What I learnt that day: never assume who’s going to buy and who’s not.”

But how does an introvert become a crack insurance salesman?

Fretwell says he closely observed his manager at work and learned as much as he could from him. The company also provided sales training for the new recruits; while some of the “born salesmen” paid only cursory attention, Fretwell immersed himself in the opportunity to learn from some of the industry’s leading salespeople.

“You’ve got to take ownership in your own development. For me that training was about awakening a thirst for success,” he says.

“Introversion comes from a good place. I believe it contributed to my longevity in sales. I’ve seen a lot of high-fliers crash and burn.”

Fretwell spent almost 20 years in insurance sales before taking on the position of national sales manager with Springfree in 2013. It was an unusual switch, but joining a growing business was enough to overcome his own reservations. Last year he was appointed vice-president, with operational control of the business which employs 55 people.

“Sales gave me the leadership skills for this position,” he says.

“The salesperson is a fairly unique kind of character: the role requires drive, boldness, discipline and resilience. It prepares you for disappointment because every day in sales you will experience rejection. Your ability to overcome that rejection, to evaluate and reflect, is critical to a successful career in sales.”

Fretwell’s advice for newcomers to sales: learn to adapt, be quick on your feet, make a good first impression “because you can never make a second impression”, and avoid “the biggest mistake: people talk too much; you’ve got to learn to become a good listener”.

Selling with a moral compass

Adam Simmonds, Melbourne-based senior territory manager with medical equipment maker Conmed Australia, has been in medical sales for 17 years. Before that he ran his own automotive services business which he believes gave him a grounding in sales.

“My business involved the ability to sell myself and my expertise to my customers,” he says.

As Conmed’s number two salesman nationally, Simmonds knows that he’s good at what he does. But it doesn’t stop him from admiring the very best in business.

“You can always spot the pro at work. They make it look so easy. I can be in awe of those people, I don’t mind admitting that,” he says.

As part of ongoing development programs at Conmed, Simmonds occasionally attends training courses. He’s been around long enough to pick and choose what he takes from those courses.

“You’re always learning in sales, but you take on board the things that are commensurate with your ethics and morals and how you think things should work,” he says.

“I’ve been on programs that presented different ways of approaching sales. With some things I say ‘I can work with that’, but with others, my attitude is ‘no, these tactics don’t suit me’. I believe it’s important to have a strong moral compass in business.”

“I never have to cross the road when I see a customer, because I always do the right thing, so I’m always happy to see my customers and they’re happy to see me.”

Hyman cautions businesses that are doing it tough in the present economic climate not to hire salespeople who believe in “a sale at any cost”.

“A lot of businesses are struggling at the moment, they need sales, and there’s a type of salesman who’s very good at bringing in those short-term sales. But in their wake they leave a lot of damage in terms of reputation, staff morale and costly commitments that aren’t apparent until well after they’ve gone,” he says.

Hyman says businesses that are finding it difficult to make headway may have to review the skill sets of their present sales team. In some cases, he admits, it’s not always possible to teach an old dog new tricks for a variety of reasons – ego, stubbornness or an aversion to change. But he’s made a happy discovery.

“It’s a lot easier to teach women than it is to teach men,” Hyman says.

“When you teach women it always seems to make more sense to them, they’re more open to new ideas and a fuller picture. Men are quite linear, they just want to go straight for the goal. I’d certainly like to see more women in sales because they’re very good at it.”