Why you need to activate reciprocity 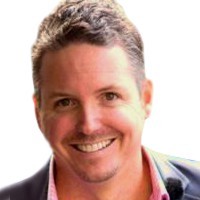 I dropped off a suit for some alterations. The tailor, a short man who possessed an incredibly soothing tone, greeted me with a slight accent and open arms. After some initial banter he suggested I try on a new fabric that had just come in from overseas.

The suit was sexy, but I sighed, ‘Thanks anyway, maybe next time.’ Not willing to concede, the artful tailor replied, ‘Just let me size you up. If you like I how it looks, you can pick it up next week and just pay me whenever you can, I trust you.’

Hmm I pondered, that is compelling. ‘No, thanks anyway.’

The artful tailor made one more soothing jab at me, it caught me right between the eyes. ‘Trent, I’m not taking no for answer, let me size you up, now you come with me, don’t offend me. You pay me later. I trust you.’

I tried to resist, but his offer and tone was irresistible. I of course capitulated.

Later I asked if he did this for everyone, he scoffed, ‘No, no definitely not, only for special customers like you.’ I took that as a compliment, though suspected this may have been a more common approach he used.

The artful tailor understands and applies what Dr Robert Cialdini refers to as the ‘consistency principle’. By declaring his trust in me the artful tailor bound me to a moral obligation and thus encouraged my behaviour to be consistent with his statement.

The Pygmalion Effect correlates with the consistency principle by suggesting: The greater the expectation placed upon people, often children or students and employees, the better they perform. The converse also applies when your expectations are low.

I’m a big fan of setting positive expectations on others, especially customers. I’m almost an advocate of reciprocity. I often get people in my training program to scratch each other’s backs to demonstrate the importance of this concept.

You activate reciprocity by doing something that demonstrates trust and inspires the recipient to action. This will of course mean going there first and putting some skin in the game. Take a risk or two. It will also mean going the extra mile when possible to demonstrate your capability and commitment.

Share a joke. Be positive. Be interested. Go their first and inspire others with your actions. When you combine reciprocity with some quirkiness (see previous blog) you become more influential. And when you add the trait I will share with you in the follow blog, you’ll be unstoppable.