Zara’s 10th Australian store to open in Perth, as WA plans take off 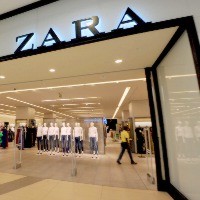 Spanish fashion retailer Zara has announced that they will open their first Perth store, which will be their 10th Australian outlet.

The new store will be in AMP Capital’s Garden City Shopping Centre and comes as UK’s Topshop is reportedly looking to open a store in the West Australian capital.

Garden City is in Booragoon, and the Property Council of Australia notes that it has ranked at the top of the list for speciality sales per square metre in the state for over a decade.

The centre is to undergo a $750 million redevelopment and expansion, with the state government recently removing caps on shopping centre expansions.

The mall will be 120,000 square metres, and would become the largest shopping centre development approved across Western Australia. If approval goes to plan, construction is slated for a 2016 commencement date.

However, the Zara store could be in as early as next month.

However, this isn’t the first time the Spanish brand has eyed Western Australia’s opportunities, with plans back in 2013 to open a $5 million Murray Street Mall store. Council documents saw plans for a new two-storey building and one-storey addition to an existing retail building at the mall to house Zara.

These plans are still underway.