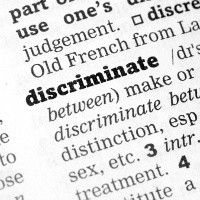 The Advertising Standards Bureau has upheld a complaint against a Sydney scrap metal yard after it found its billboard to be “exploitative and degrading”.

The decision comes in the wake of a string of ads recently deemed sexist and inappropriate.

But St George Scrap Metal responded by suggesting the complaint itself was “discriminating against blonde beautiful women.”

The original billboard featured an image of a woman in a bikini kneeling on a beach, with text next to her that reads: “St George Metal Recovery. They are definitely not the largest. But I wouldn’t sell my stuff to anyone else.”

The complaint made to the ASB reads: “I am offended by this advertisement because it is sexist to include a scantily-clad woman on a billboard advertising a service which has no relation whatsoever to the image used.”

“The billboard is a blatant display of sexual objectification with a scantily clad, heavily photo shopped, blonde woman… What in the world does that have to do with scrap metal??? It is sexist, predatory and offensive,” said the complainant.

In its response to the ASB, St George Scrap Metal said: “We believe the first comment in the complaint regarding the ‘sexual objectification…of a blonde woman in a bikini’ to be discriminating against blonde beautiful women in general as the commentator suggests that she is a sexual object.”

“In regards to the comment of being heavily photo shopped, we also believe this to be a discriminating comment aimed at any beautiful woman who has ever had a half decent photo taken of them,” said the company.

“In regards to the model in the billboard wearing a bikini, the scrap yard is less than 1km from the beach where everyday women walk around in bikinis. In Australia it is a very common sight to see beautiful blonde women in a bikini.”

“The meaning of the slogan: We’re not the largest scrap yard and the lady on the advert wouldn’t sell her scrap (stuff) to anyone else,” said St George Scrap Metal. “Our business depends on people brining their scrap metal to our location.”

“We’re a small, local and family-run business that prides itself on understanding that customer service and giving the customer a personal touch rather than treating them as a number, as you would be treated in a larger-sized scrap yard that tends not to take the smaller stuff (scrap),” the company said.

St George Scrap Metal director Adrian Arbuckle told SmartCompany the company spoke to many of its customers before running the campaign and had support from men and women alike.

“We get a lot of ladies coming in… and all our female customers supported it,” says Arbuckle.

“Because we’re a small business, all our customers were supportive towards anything that encouraged business,” he says.

“It was one complaint,” says Arbucke. “That was all it took and being a small business, we spent a hell of a lot of money on that [billboard]. We went out on limb for it. But if it’s deemed discriminating, what can we do?”

In its ruling, the ASB said that while an image of a woman in a bikini is not of itself a depiction that discriminates against or vilifies women, there was a likely interpretation viewers would think the billboard was “a reference to the woman’s bust size not being particularly large also that the woman sells herself”.

“The text, accompanying the image of a woman posing in a bikini which has no relevance to the product, amounts to a depiction that makes use of the woman’s sexual appeal in a manner that is both exploitative of and degrading to women,” said the watchdog.

“There is no relationship in this advertisement between a woman in a bikini and the product or service being advertised.”

Michelle Gamble, founder of Marketing Angels, told SmartCompany she was pleased to see the ABS had upheld the complaint and thought it was a shame businesses were still using this sort of advertising.

“It’s lazy,” says Gamble. “Using images of scantily clad women to attract attention, society is moving away from this sort of thing and it’s a shame business aren’t.”

Gamble says St George Scrap Metal’s response was full of holes and the image clearly had nothing to do with the message of the product.

“Smart businesses know there’s a lot of men who don’t respond to that anymore, that’s the reason we’ve seen the decline in men’s mags… the world has moved on,” says Gamble.

But Arbuckle says he’s not sure why the campaign would be deemed negative.

“If we were selling swimwear instead of scrap metal, would there have been complaints against it?” he says.

St George Scrap Metal has told the ASB it will make minor changes to the text of the billboard so that it reads: “They are definitely not the largest (scrap yard) But I wouldn’t sell my (scrap) anywhere else” within 28 days.

The ASB said it will work with the company to speed up the modification process.