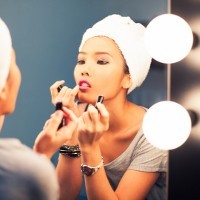 The US arm of cosmetics giant Sephora is facing a class action lawsuit over claims it deliberately blocked the online accounts of women with Asian names from a massive online sale because it suspected them of buying discount products to resell in Asia.

The retailer, which plans to open its first Australian store next month, had a promotional sale on November 6 that caused its website to crash.

According to Reuters, Sephora said at the time the crash had resulted from large numbers of bulk shoppers looking to take advantage of the low prices so they could resell the items for a profit.

The lawsuit filed by four women of Chinese descent living in the US, Xiao Xiao, Jiali Chen, Man Xu and Tiantian Zou, claims the cosmetic company deactivated their accounts because of their Asian surnames.

The lawsuit alleges only customers with Asian names or email addresses from Chinese domains were blocked from the site in the hours after it crashed. It also claims more than 95% of the blocked and deactivated accounts belonged to people in the U.S. who were not bulk-buying or reselling products.

The complaint claims: “To date, no explanation has been provided by Sephora as to why customers of or perceived to be of Chinese/Asian descent were singled out while seemingly non-Chinese/Asian customers were permitted account accessibility once the website was restored.”

Parent company LVMH Moet Hennessy Louis Vuitton is also listed as a defendant in the suit.

In the wake of the crash, Sephora’s US Facebook page was swamped with angry comments accusing the company of being racist.

The company released a statement apologising for the crash in which it acknowledged “in some instances we have, indeed, deactivated accounts due to reselling–a pervasive issue throughout the industry and the world.”

“As part of our ongoing commitment to protecting our clients and our brands, we have identified certain entities who take advantage of promotional opportunities to purchase products in large volume on our website and re-sell them through other channels,” said Sephora.

“After careful consideration, we have deactivated these accounts in order to optimise product availability for the majority of our clients, as well as ensure that consumers are not subject to increased prices or products that are not being handled or stored properly.”

But the plaintiffs say they lost reward points they accumulated buying hundreds of dollars of merchandise from Sephora. They are seeking unspecified damages and a court order barring the company from engaging in the alleged practice.

Sephora is set to open in Australia in December and has been touted to shake up the cosmetics industry, which has previously enjoyed free rein by a few competitors.

“It’s a big mistake,” says Gamble. “They are potentially offending a large proportion of their largest market.”

Gamble says while she can understand the company having to deal with the “big issue” of reselling and counterfeiting products, Sephora has “gone about it the wrong way”.

“They haven’t thought it through with the way they’ve implemented the sale and the technology behind it,” she says.

But Gamble believes any negative impact on the brand will likely “blow over” and imagines Sephora would seek to settle the matter out of court and out of media attention.

“I’m sure they don’t want it to get too much oxygen,” she says.

A statement from Sephora to SmartCompany  said the company will defend themselves against the claims.

“This lawsuit significantly distorts the facts in this matter,” said Sephora.

“We look forward to defending our actions in court. Among other points, we intend to make very clear that clients from a number of countries around the world have been impacted by a temporary block we needed to place on accounts in order to restore the functionality of our site during a surge of activity by resellers during a promotional event two weeks ago.”

This story was updated after SmartCompany received the statement form Sephora.