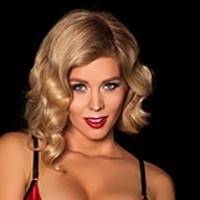 A Sydney-based lingerie retail chain twice slammed by the Advertisings Standards Board over its sexual ads has copped a fresh round of criticism over its window displays in a busy shopping mall.

Complaints were made to the ad watchdog against Honey Birdette’s Rundle Mall store in Adelaide, which featured a poster of a woman in lingerie with text reading, “Sgt Pepper. Earn your stripes”.

“I don’t want these images pushed on me as I walk down Rundle Mall. Let alone my three sons, aged 2, 7 and 12. Why can these companies be allowed to steal the innocence of boys and young men?” read one complaint.

While Honey Birdette did not respond to the ASB over the complaints, the watchdog dismissed the case finding the ad did treat the issue of sex, sexuality and nudity with sensitivity.

The company, which operates 37 outlets across Australia, has been taken to task by the board twice before over posters featuring women in lingerie.

In addition to the recently dismissed complaint, Honey Birdette has also had another four complaints dismissed against its advertising material.

Brandology chief executive Michele Hogan told SmartCompany it seemed unreasonable the company was coming under fire purely for the products it sold, which were neither illegal nor immoral.

“Sure they are not for everybody, but as a consumer you have the right not to buy a product, but don’t have the right to tell the company not to sell it or where they can sell,” says Hogan.

“This whole idea of ‘I have the right to censor my environment to meet my own sensitivities’ is taking it a little too far in my opinion.”

She says Honey Birdette is clearly showing the type of products and brand it is through its advertising, which is considered marketing.

“That what I tell people to do – set expectations,” says Hogan.

Meanwhile, the company faced further trouble at its Rundle Mall last month when it was issued with a demand by the Adelaide City Council to remove adult products from its store, after it failed to inform the council it sold the sex toys.

Adelaide City Council investigated the business over allegations it had breached development laws, which ban “sex shops” from busy retail areas and family-friendly precincts, according to News Limited.

SmartCompany contacted Honey Birdette but did not receive a response prior to publication.