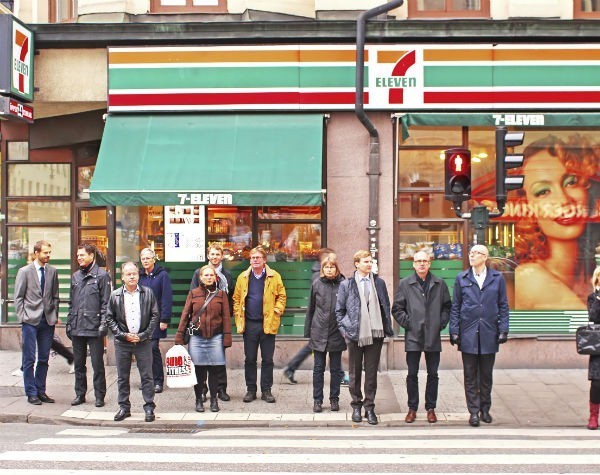 7-Eleven Australia has drawn fierce criticism on social media this week for a Facebook post that used the words “when pay day hasn’t come” as part of a promotional campaign for the convenience store’s annual 7-Eleven Day.

The meme, dated November 2 and promoting a countdown to 7-Eleven Day and the chance to “win $711 every hour til midnight”, also included a picture of a young man sitting outside a 7-Eleven store at a dinner table drinking a slurpee and about to tuck in to a donut.

The words “When pay day hasn’t come but you want to spoil bae….” captioned the image.

Facebook users quickly jumped on the inappropriateness of a reference to “pay day” given the significant underpayment allegations that have dogged the franchise business in Australia, with one commenter posting “I can win $711? That’s almost a months [sic] wage for a 7-Eleven employee”.

We have removed our earlier 7-Eleven Day post. We are really sorry about this. We never meant to offend anyone.

7-Eleven responded by referring to the fact claims made by staff about underpayments “are currently being investigated by an independent panel”.

“Several cases have been resolved to date. We are working to make this right as quickly as efficiently as possible,” the company said.

“I think it’s highly naive and disappointing for a brand to not connect the dots,” she says.

“The social media operator seems to be being very naive here and is it shows they could be highly inexperienced, there has not been an ability to connect the current pay issue with the consumer promotion.”

For Reaney the post could be a sign 7-Eleven has shifted away from more traditional in-house marketing approval processes, which would have prevented such a post from being published given the circumstances.

“With the immediacy of social media you have operators reacting, not necessarily connected to wider organisation or skills to communicate appropriately,” she says.

“In times of brand scrutiny, all communication coming from an organisation needs to prepared carefully to pre-empt potential backlash and be sensitive to all stakeholders.

“In this case it doesn’t pay to try and sweep the issue under the carpet.”

Reaney says companies often make the mistake of attempting to isolate legal issues and continue on with ordinary consumer activities.

“But it all needs to be integrated and linked and carefully managed,” she says.

Reaney says it also highlights the need for internal communications in business and making sure everyone in a business is across an issue.

According to Reaney, the inconsistency in the company’s tone, between what is meant to be a light-hearted post and the more serious response about the formal investigative process for the underpayment allegations, is also an oversight.

“It’s about what is the brand’s voice, and maintaining that consistency,” she says.

SmartCompany contacted 7-Eleven but did not receive a response prior to publication.