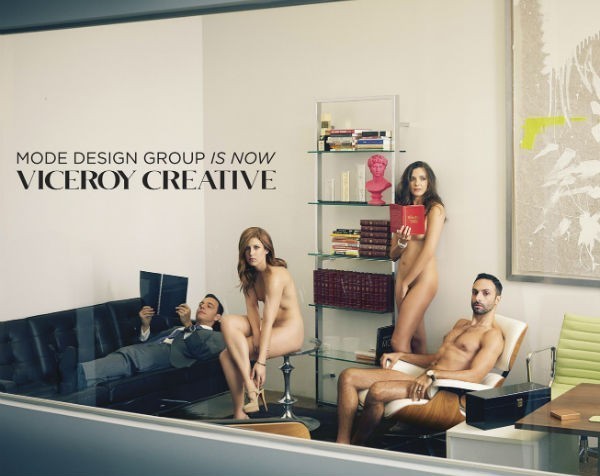 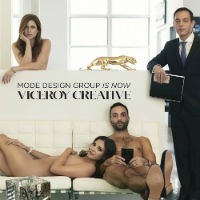 The founder of a marketing firm in the United States has stripped naked with his employees in order to promote the company’s recent makeover, proving that business owners will sometimes do whatever it takes.

David Moritz, the founder and chief executive of Viceroy Creative – which until recently was called Mode Design Group – wanted to find a way to promote his company’s rebranding efforts.

He decided to strip off with his creative director and an account manager in order to understand what it was like to shoot an advertising campaign and show their clients they were up for any challenge – including baring it all.

Moritz told Adweek he decided to take a risk with the campaign in order to get people to take notice of his business.

“I’ve known that we needed to reposition our agency to align with the work that we were actually doing, and I wanted clients to notice and understand that, more than just saying ‘and we do XYZ also’,” Moritz said.

“So that had been on my mind…  I tested the idea out on a few people and across the board, everyone loved it.”

However, the photo shoot wasn’t easy, with the three employees hiring personal trainers and giving bad habits in order to get themselves into shape for the cameras.

“Also, no alcohol. This was the longest I have ever gone without drinking since I was 15. Anything for my clients.”

“I want them to notice our agency and then look at the work that we’ve done. We do some ambitious things, some beautiful things, in an entrepreneurial, efficient way. We can be partners. So I want them to think, ‘I want to work with those guys. I want them to help me meet this goal creatively.”

“Advertising is all about achieving cut-through and getting noticed in a crowded marketplace,” Rosewarne says.

“This task, in fact, is the bread and butter of this agency and thus they have attempted to put into practice the product they are selling and show off wares in a provocative way.”

However Rosewarne warns that nudity is not always a good strategy in the business world.

In fact, the advertising watchdog in Australia has been known to frown upon nudity in marketing – particularly if the images are very graphic or suggest sexual violence.

“This strategy certainly won’t work for all businesses – in fact, for most it would be completely inappropriate,” Rosewarne says.

“But this company is getting attention for their attention-seeking tactics which is exactly the product they are trying to sell, so it works.”