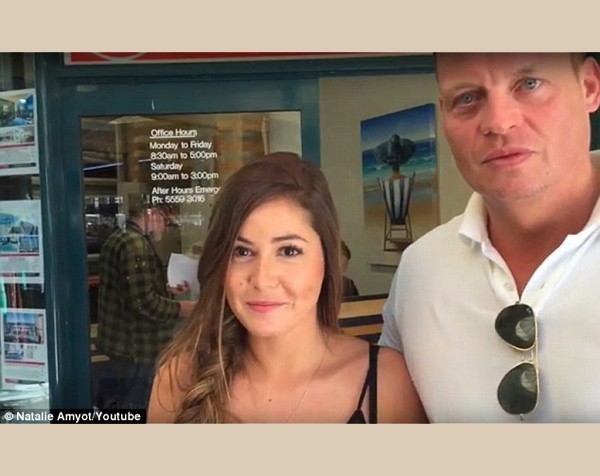 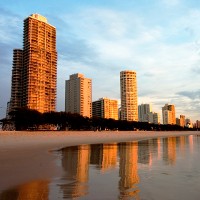 Two small businesses on the Sunshine Coast are under fire from dismayed social media users after videos of a young French tourist apparently looking for the father of her unborn baby were revealed to be a marketing stunt.

Earlier this week, a YouTube of “Natalie Amyot” began gaining worldwide attention, with the young women appearing to appeal to members of the public to track down a blonde and tanned Sunshine Coast man.

The original clip attracted more than 870,000 views and an accompanying Facebook page included posts from Amyot about her distress and even suicidal thoughts.

But on Tuesday, the videos and Facebook pages were revealed as a viral marketing campaign devised by the owner of a Sunshine Coast digital marketing agency for a local real estate business.

Amyot is really Alizee Michel, a Sunshine Coast university student who reportedly volunteered to appear in the videos, and is not pregnant.

The revelation has prompted an angry response from YouTube watchers and social media users, with many claiming the campaign was highly unethical.

But speaking to SmartCompany this morning, Sellar defended the campaign, which was intended to promote Holiday Mooloolaba and the region.

He says controversy is an inevitable part of any viral marketing campaign.

“There is no textbook way to do a viral campaign,” Sellar says.

“It has to be controversial. If people don’t become emotionally involved, they won’t share it.”

Sellar says he was anticipating the “immediate backlash from nothing but haters” when he revealed the videos were staged, but he says the reveal was planned and deliberate.

“When I had the idea for it I know the best way to do it was post the first video and then do the reveal,” he says.

“If the first one went viral and the media covered it, I knew the media would have to cover it again so I would get twice as much coverage.”

While Sellar did not reveal how much he was paid for the campaign, he says the real estate agency was on board with his plans.

“And now they have a very famous company,” he says.

But other social media experts have questioned the success of the campaign.

Leading author and speaker Catriona Pollard, who is director of CP Communications, told SmartCompany this morning it is difficult to see how the campaign will create a long-term “positive relationship” between consumers and Mooloolaba Real Estate.

“The impact is probably likely going to be negative on the brand,” Pollard says.

While Pollard says SMEs should not be discouraged from attempting viral marketing, she says businesses must understand it can be a “double-edged sword”.

“Once it goes viral it is out of your control,” she says.

However, Sellar believes small businesses like Mooloolaba Real Estate have to take a risk and embracing viral marketing is one way of doing that.

He says while traditional advertising can be expensive and it is often difficult to judge if it has been successful, viral campaigns can be done relatively cheaply.

“With just $10 you can get results of what happened here,” he says.

Sellar is also hoping the campaign will have a flow-on affect for his own agency.

“I’m hoping people will look at the facts and give me a call,” he says.

SmartCompany contacted Mooloolaba Real Estate but did not receive a response prior to publication.