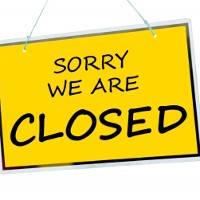 An online campaign to lower penalty rates led by the Australian Chamber of Commerce and Industry has backfired, as social media users called for a boycott of small businesses seen to be supporting the anti-penalty rate push.

The “Too Big to Ignore” campaign asked small businesses to display a sign in store windows over the long weekend to draw attention to the high cost of Easter penalty rates.

The campaign was an ACCI initiative and was backed by state-based chambers of commerce.

The campaign website encouraged small businesses to download two versions of an A3-sized poster, which indicated whether or not they would stay open for the Easter break. Each poster featured the phrase: “But the penalty rates are too high. Tell Canberra something has to change.”

Businesses were asked to use the hashtag #2Big2Ignore to show support for the campaign when sharing it on social networks.

But the Twitter hashtag was quickly taken over by unionists and those who felt the campaign deprived workers of fair pay, with some social media users vowing to boycott any business that displayed the poster.

After the Mudgee Guardian reported the support of the campaign by Mudgee Chamber of Commerce president Greg Dowker, who owns a bar in Mudgee named Sajo’s, critics flooded the pub’s Facebook page.

“We’re travelling to Mudgee over the Easter break. Thankyou for displaying this sign… because now I know where our group will not be eating. If you can’t afford to pay fair wages, you shouldn’t be in business,” said one Facebook user.

“If you are too cheap to want pay workers properly, I wonder what else you are skimping on. I prefer to dine at quality places not places run by scrooges,” said another.

Other users called the business “exploitative”, “cheap” and “bloody shameful”.

But ACCI chief executive Kate Carnell told SmartCompany this morning she does not believe the campaign misjudged public opinion on penalty rates and says she was “really disappointed with the reaction by some bother boys”.

“I have to say, some of the behaviour was just unacceptable. Suggesting small business be boycotted because they said what they thought, how unfair is that?” says Carnell.

“I have no trouble with people on Twitter having a go at me or at ACCI, we’re fair game, but what is not fair game is a small business just wanting to be heard.”

“These were small business who were making it clear how they felt on the issue – it’s something called free speech,” Carnell says.

Carnell says the businesses were “bullied and intimidated” by unionists and those who didn’t fully understand the issue.

“We understand it’s a difficult campaign. We get that people that aren’t in retail or hospitality or tourism probably just don’t understand how tight the margins actually are,” she says.

Carnell says hospitality businesses usually work on a ratio of 30% wages, 30% food costs and 30% overheads, ordinarily leaving a 10% margin for profit. But she says public holiday penalty rates can increase the wage margin to 50%.

“At that point it doesn’t require a genius to work out they’ve just made a lost,” she says.

Carnell says the criticism of the #2Big2Ignore movement has ignored the fact many small businesses do not want to abolish penalty rates, but rather wish to draw attention to how unsustainable public holiday rates are.

“It is important to remember we’re not arguing for no penalty rates, just signalling current penalty rates have moved on from a time when opening on a public holiday was an unusual thing to do,” she says.

Carnell says the ACCI campaign received “literally hundreds of emails” from small business owners who were forced to close or reduced service hours over the long weekend.

“The message for us is look, they are fewer and fewer jobs for entry level workers, for people to have their first job. There are currently 300,000 young people without jobs and that level is growing… It is important that businesses are able to employ young people in those first jobs,” she says.

SmartCompany contacted the Mudgee Chamber of Commerce and Sajo’s Mudgee but did not receive a response prior to publication.