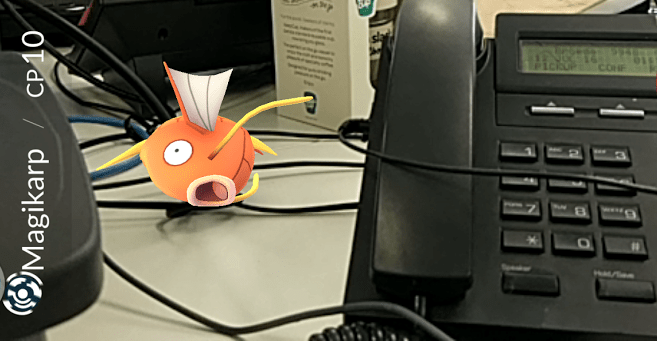 A Magikarp I caught in the office and was not fired for.

An Australian man living in Singapore has been fired from his job after he took to Facebook to complain about not being able to access Pokémon GO in the country.

Pokémon GO allows users to venture into the real world with their smartphones to find small digital creatures known as Pokémon, capture them and battle with them against other players. The app is so popular that within a week of launch, looks to overtake Twitter for amount of daily users on Android.

The app has only been released in some countries and Singapore is not one of them. This lead to digital marketer Sonny Truyen complaining on Facebook that “you can’t even f*cking catch Pokémon in this piece of f*cking shit country”.

Users from the Singapore Hardware Zone forum picked up on Truyen’s Facebook post, in which he engaged with another commenter, calling her “stupid” when she questioned his criticism of the country.

Swift investigative work from members of the forum found that Truyen was an employee at property information site 99.co. The site’s Facebook page was quickly bombarded with users requesting the company take action on Truyen’s comments.

The company’s chief executive Darius Cheung then took to the company’s blog to apologise for Truyen’s actions, stating “we a proud Singaporean company and do not condone such language or behaviour”.

“I apologise on behalf of 99.co, we pride ourselves to be a principled company that celebrates values like diversity and equality. We take responsibility for the public behaviour of any employee or consultant affiliated with us as a reflection of the company,” Cheung said.

“We have since terminated [Truyen’s] engagement once the incident came to light.”

“It was a dick move on my behalf and a very big error in judgement to negatively label an entire country over Pokémon,” Truyen said.

“However in my defence, I was racially vilified for not being a ‘white’ Australian. It was disappointing the lengths Singaporeans went at to attack me and deny any chance of making amends for my actions.”

Truyen requested for his online critics to end the “witch hunt” and stop “bombarding” 99.co with threats.

And this guy was their marketing director? Glass house, meet Piffin’ A Yonnie.