Backlash against Aussie fashion businesses named and shamed in report 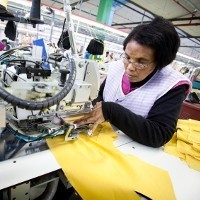 Fashion businesses Lowes, Best & Less and the Just Group are being targeted on social media after being singled out in the Australian Fashion Report released last week by Baptist World Aid.

The report revealed 91% of businesses did not know where their cotton is sourced, 75% did not know the source of their fabrics, and the report shows many businesses are still exploiting workers.

Lowes and Best & Less were named among the worst performers, receiving a score of F and a D- respectively.

The Just Group, which includes Just Jeans, Peter Alexander, Portmans and Dotti, received an overall D rank but an F for worker rights.

About 75% of businesses covered in the report responded to a survey about their business practices, with the remaining businesses graded solely on publicly available information.

Lowes, Best & Less and The Just Group did not respond to the survey and are now facing a backlash on social media.

A post by Just Jeans on its Facebook page spruiking the return of its product “Amaze Jeans” has been singled out by critics of the business citing the Australian Fashion Report.

“There’s nothing amazing about the mistreatment of workers,” one follower wrote.

“What would be Amaze is if you lifted your game and signed the Bangladesh Fire and Safety Accord and took at least one baby step towards being an ethical fashion producer,” said another.

Best & Less also received criticism on Facebook with one follower describing the business as “shameful” and posting a link to coverage of the Australian Fashion Report.

A spokesperson for Best & Less responded on Facebook by saying the rating given by the report was “not representative of our practice and standards”.

The spokesperson noted Best & Less had not responded to the survey and so the Australian Fashion Report “used whatever information they could find to make an assessment”.

“Sourcing our products ethically and fairly is very important to us,” the spokesperson said.

“We know that our customers care about this as much as they care about getting high quality at low prices. Thanks for your interest in this and getting the facts clear for yourself.”

Gershon Nimbalker coordinated the report at Baptist World Aid and told SmartCompany the social media campaign shows people are interested and engaged in pushing for traction.

Nimbalker says he’s made a “number of attempts” to engage the Just Group in the process along with Best & Less, which claimed it was a “small company” and so couldn’t respond.

But with over 200 Best & Less stores across the country, Nimbalker says he is not sure Best & Less is that small.

“Certainly many small businesses have engaged in the report,” he says.

“The small businesses that have been able to use ethics as part of their niche approach to marketing and have made the effort to engage have performed really well,” he says.

Fair trade and organic fashion business Audrey Blue was highly rated in the report and has reported a “significant boost in sales over the weekend”.

“There’s a real risk for companies that choose not to engage both in terms of managing their supply chains and also a big PR risk for them as well,” Nimbalker says.

“We know that more consumers are becoming more conscious of this issue.”

SmartCompany contacted Lowes, Best & Less and the Just Group but did not receive a response prior to publication.