Big Money: Mob justice for small businesses doesn’t do anyone any good 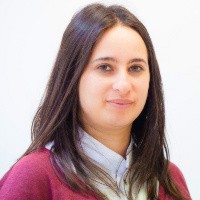 There was a time when social activists would only go after big companies. But on social media these days, it seems everyone is fair game.

This week, an Adelaide restaurant posted something of a rant about penalty rates on Facebook. Some of the language left something to be desired. Apparently, people who think penalty rates are sustainable for small business are “idiots,” and that this company’s employees work there “because they want to, not because they have to”. Both these sentiments are, in my book, dubious.

But so what. Businesses do plenty of stuff I don’t like. I try not to frequent their establishments. But that’s not as far as it goes these days.

The restaurant I mentioned before was completely firebombed on social media this week. We wrote about it here. Hundreds of social media users left one-star reviews and blasted it on social media. In an industry where online reviews matter, this can be seriously damaging.

Many of the people who criticised it took to calling it a “PR fail”. This shows how out of touch these digital activists were. This restaurant likely has no PR department. It’s just a small business, with the updates probably being written by the owner or manager.

Successfully running a business doesn’t make you a PR expert. It probably makes you more of a risk-taker – someone with the courage to start something new and employ others in the process. The fact that the status was so heart-felt is proof the whole thing isn’t exactly corporate – you’d be hard-pressed to find a large company being so honest about the owner’s political opinions.

But that didn’t matter. To the mob, this was just another business treating its workers with “contempt”. Meanwhile, here on SmartCompany, we regularly cover companies who actually underpay, bully and unfairly dismiss their workers. Trust me, when it comes to contempt for employees, having a different view about penalty rates doesn’t make the cut.

When I started working as a business journalist, I’d cover these social media storm-in-a-teacup situations with a hint of bemusement. I’d figure the PR department of the large company I was covering could handle a bit of bad press, and frankly should have known better anyway.

But this isn’t about big, well-known brands anymore. As every small business is extolled to engage with its users on social media, its updates can become the subject of such a howl of outrage.

It all seems like a waste of everyone’s time. Sure, it might make whoever wrote that status more circumspect in the future. But I don’t know what’s been proved other than it’s not worth being so open about contentious issues.

It makes more sense to hold large, powerful companies with huge reach and huge clout to account. I fail to see how wrecking the reputation of one small business at a time does much good.

It’s just one more challenge for entrepreneurs to deal with: to the mob, there’s little difference between a local restaurant and a corporation. Bashing on one or the other makes you feel just as righteous.