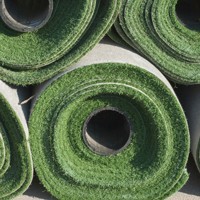 A Brisbane-based ad agency has admitted to astroturfing after staffers were caught out posting fake positive reviews on a Department of Education app it was commissioned to create.

About six or seven staff at BCM Partnership are reported to have left positive reviews in the Apple and Google app stores about the department’s Learning Potential app.

BCM Partnership were paid $1.1 million by the federal government to develop and promote the app as part of former Education Minister Christopher Pyne’s campaign to get more parents involved in their children’s education.

The behaviour, which was reportedly unknown to the department, was uncovered last week after Fairfax reported some of the reviews were authored by people whose LinkedIn accounts revealed they are employees of the agency.

Dean Willkie, a lecturer in the School of Marketing at the University of New South Wales, told SmartCompany the “easy answer” is that posting false reviews is “not really ethical behaviour”.

“It’s generally a case of negative publicity coming from doing such a thing versus positive,” he says.

“At end of day if you have a product which exceeds consumers’ expectations you shouldn’t have to worry about this.”

Willkie says the motive for astroturfing is usually to get momentum behind a new product but the “risks far outweigh the benefits”.

“If the new service or product had a unique selling proposition you don’t need that sort of behaviour,” he says.

“If the product exceeds expectations, consumers will feel compelled to buy it.”

Willkie, who has completed some studies into the effects of negative reviews, says the behaviour of posting fake positive reviews itself doesn’t surprise him but it is difficult how widespread the practice might be.

“I do hear about it… the temptation is there,” he says.

“You can see how it happens; a business makes an investment into an online review forum… to get momentum to start it off a member of staff writes comments.”

But Willkie says other businesses are “quite smart” as they instead seek to identify opinion leaders in social media and target them to be brand ambassadors.

He says other small and medium businesses should consider what such behaviour could do to the way their brand is viewed.

“If you are a SME and you want to start a conversation about your product in an online review then think about ways you can do it more ethically, [in a] more legitimate way,” he says.

Willkie says encouraging other people to try your product in more legitimate ways may take longer to do “but the legitimacy is quite important”.

“If you lose that, you’re losing trust and credibility of the consumer,” he says.

“When consumers go to buy product, they’re looking for shortcuts in terms of brands they know and trust.”

Willkie says it is also worth noting the best reviews are ones that contain facts other than emotions.

“These are the sort of reviews people are interested in,” he says.

“People discount those [gushingly positive] reviews as someone who loves the brand.”

SmartCompany contacted BCM Partnerships for comment but did not receive a response prior to publication.