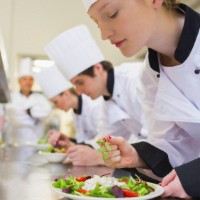 The couple named and shamed on Facebook by a West Australian restaurant after they did a runner without paying their dinner bill have returned to pay their debt, after their employer saw the post and fired them.

Mojo’s restaurant in the Western Australian town of Bunbury posted a “wanted” description on its Facebook page on Sunday, showing the faces of a French couple who had dined and dashed after a four course meal the day before.

The post quickly went viral and was shared more than 500 times and seen by over 25,000 people in just one day.

One of those people was the French couple’s Australian employer, a farmer in the nearby town of Manjimup, according to Mojo’s latest post on Facebook.

The farmer promptly sacked the backpackers and told them to rectify the situation, “which they have now done with some embarrassment”.

“They were a little bit coy when they were in the restaurant so I think they probably realised how much it’s exploded,” Mojo’s manager Jake Atkinson told the ABC.

The restaurant has decided not to press charges, with Atkinson telling the ABC he was just pleased the couple had “the gumption to come in, apologise to the bosses, square up the bill, and be on their way”.

“We are very proud to be part of such a great chase around Australia, which ultimately led to all of Australia ‘Dishing’ out justice, & we the small business owner getting a small win all because of everyone’s support,” said Mojo’s.

The happy ending comes as more SMEs around Australia turn to social media to name and shame perpetrators, such as shoplifters.

Last month, a South Australian surf shop owner told SmartCompany posting CCTV images of shoplifters on Facebook led to the two individuals ringing the store from Melbourne, apologising and offering to pay for the goods they had taken.

But despite the recent success of the tactic, social media expert Catriona Pollard told SmartCompany SMEs need to be extremely careful when naming and shaming customers on social media.

“I immediately think of the legal implication of naming and shaming someone publicly,” Pollard says.

As well as opening themselves up to the dangers of defamation and privacy issues, Pollard says SMEs also run the risk of reputational damage.

“Things like that can escalate positively, like in this case and that’s great, but so often things that go viral can turn negative in a flash and it’s really hard to manage your reputation once that happens,” she says.

Pollard recommends going through legal channels out of the public eye before turning to social media with an “angry reaction”.

“You have to be careful because it can seem very vigilante-like. You never know what the backstory is.”

SmartCompany contacted Mojo’s but did not receive a response before publication.