Facebook page for Footscray’s Sims supermarket gets cult following for Warnie, Ben Lee sightings — but who is behind it?

A Facebook page claiming to be run by the team behind a collapsed Footscray supermarket has developed a cult following over the past fortnight for its cheeky product promotion and cast of staff members, but is all as it seems?

The ‘Sims Supermarket Footscray’ Facebook page has amassed more than 7000 followers over the past fortnight, quickly gaining attention for its claims the grocery store had sponsored the Western Bulldogs Football Club, and for offering customers suggestions for how to use the store’s products. 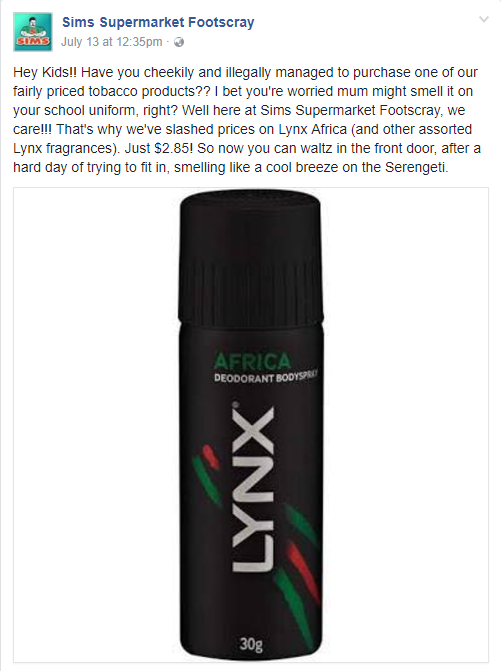 Popular posts include a suggestion that kids buy Lynx Africa to cover the smell of cigarette smoke from their parents, a claim that Shane Warne came in store to do a shop, and an announcement Australian singer-songwriter Ben Lee would perform at the store in August. 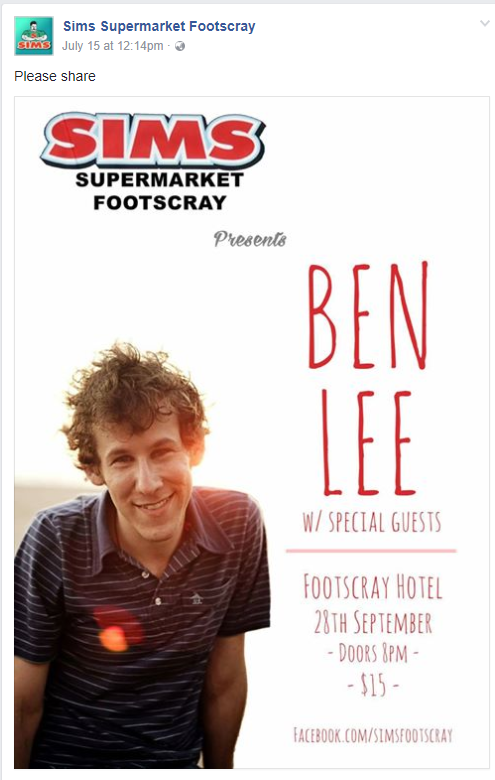 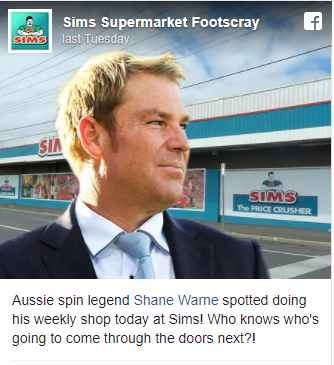 But while the Facebook page continues to attract fans, SmartCompany understands the page is not being run by Sims IGA Supermarket, which is in voluntary administration but continuing to trade.

Documents filed with the Australian Securities and Investments Commission confirm two companies that operate the Sims IGA Footscray supermarket and a Sims IGA plus Liquor store in Werribee entered voluntary administration on July 6.

Rodgers Reidy administrator Shane Cremin said the two supermarkets will continue to trade through the administration while a buyer is sought for the business.

“We’re still trading as normal, to get a sale as a going concern … it’s 160 staff across the two [businesses],” he confirmed to SmartCompany this morning.

Cremin said it was too early at this stage to comment further about the supermarkets and the next steps of the administration.

There is another Sims Supermarkets Facebook page that has been in operation for years, which has 946 likes and shares sales deals with shoppers across the Werribee and Footscray Sims stores. 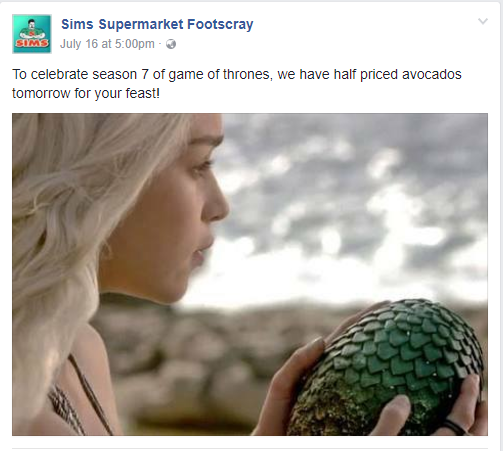 In a message of apology to fans today, the page informed fans Ben Lee would actually not be performing at the store later in the year, due to a conflict of interest.

In response, Facebook comment writers suggested the supermarket try to get The Ataris, The Smith Street Band, Shannon Noll or American-Australian songstress Amiel as possible replacements.

When SmartCompany contacted the ‘Sims Supermarket Footscray’ Facebook page, the operator declined a phone interview, saying things had been hectic because “Karen has been sick”.

SmartCompany suggested the page might be operated by fans of the business, to which the Facebook page responded “we’re connected to the business and we’re fans”.

“Unfortunately it’s just me and a few juniors today,” the operator said in apology for the delay in response.

SmartCompany has contacted the Sims Footscray business directly but did not receive a response prior to publication.